Big band leader, singer and accordionist Gregorio Uribe was born in Colombia, studied at Berklee College of Music in Boston and is now based in New York where he leads Gregorio Uribe Big Band: a 16-piece orchestra that blends cumbia and other Colombian rhythms with big band arranging. The band has held a monthly residency at Zinc Bar for four years and has performed at The Kennedy Center, Iridium Jazz Club and Celebrate Brooklyn Festival among others. Their debut album was financed by their followers in a successful Kickstarter campaign and it presents a collection of songs that is both danceable and sophisticated. Gregorio has been a guest artist with Carlos Vives and Rubén Blades and was named by the government of Colombia as one of the “100 Most Successful Colombians Abroad”. He has been an artist-in-residence at Dartmouth College and a commissioned composer for Grammy-winning Arturo O'Farrill’s Afro Latin Jazz Orchestra.

Colombian Big Band-leader Gregorio Uribe is one of the most promising artists in New York City’s Latin music scene. He was born and raised in Bogotá, Colombia where he spent his teenage years playing drum set in rock bands, accordion in Vallenato serenades and guitar in a Bolero trio. At the age of 17 he backpacked through eight countries in South America performing in streets, buses and beaches of big cities and small towns. Later, Gregorio studied at Berklee College Of Music where he was awarded the Steve Gadd Zildjian Scholarship Award and graduated Summa Cum Laude in 2007. He moved to New York City in 2008 and has since then established himself firmly in the heart of the city’s music scene.

Today, at the age of 29, Gregorio is the leader of the Gregorio Uribe Big Band (GUBB): a 16-piece ensemble that combines Colombian rhythms such as Cumbia and Chandé with funk and powerful Jazz arranging techniques. The band has a unique combination of some of New York’s top musicians from different backgrounds such as Argentina, USA, Canada, Mexico and Colombia. Their live performances consist of a remarkable combination of trumpets, trombones and clarinets soaring over an amazing percussion section and the leader of the band dancing to the beat while rocking out on his accordion. GUBB is reminiscent of the vintage Colombian Big Bands of the 50’s and 60’s such as those lead by Lucho Bermúdez and Pacho Galán. However, through Gregorio's compositions and arrangements this ensemble gives the Big Band format, a young, fresh and modern concept that is not found elsewhere today. In February 2013 the band completed two years of their residency at Zinc Bar in the Greenwich Village where they perform on the first Thursday of every month sharing Colombian and Latin rhythms with hundreds of people from all corners of the world. Their single “Caribe Contigo” was featured on MTV’s Tr3s for four weeks in the US and the UK.

In 2012 Gregorio was named by the Government of Colombia as one of the “100 Most Outstanding Colombians Living Abroad”. The list includes Shakira, Nobel Price winner García Márquez, artist Fernando Botero and actress Sofia Vergara.

Gregorio was invited as an artist-in-residence to Dartmouth College. The residency lasted a week and during this time Gregorio, in collaboration with the school’s band director, rehearsed his big band arrangements and compositions with the students. At the end of the residency Gregorio and the school’s Jazz orchestra presented a concert at their auditorium for over five hundred people showcasing the wonderful collaboration that took place during the week. During his week at Dartmouth Gregorio also lead different interactive workshops for both music and non-music students on different subjects including Colombian music and rhythms, big band arranging, song writing in Latin American styles and band leading. The students involved in this residency had the unique opportunity of working first-hand with a composer and bandleader who has performed his music at some of New York City’s most important Jazz Clubs.

In the 2014 Gregorio was commissioned to write a composition for this world-class ensemble. For this occasion Gregorio wrote an extended piece titled “Suite Colombia” which showcased four different styles of Colombian music combined with jazz big band arranging techniques. The piece was performed in front of thousands on at the prestigious Symphony Space in New York City.

In 2013 Gregorio raised over US$23,000 on kickstarter.com in order to record his first big band album. The album was recorded in collaboration with musical producer Juan Pablo Mantilla (www.jpmantilla.com) and will be released in 2015. It includes the some very special musical guest that are to be announced. Stay tuned. Show less 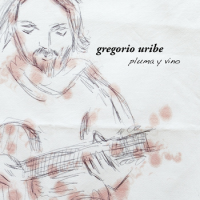 All About Jazz musician pages are maintained by musicians, publicists and trusted members like you. Interested? Tell us why you would like to improve the Gregorio Uribe musician page.