Singer/songwriter Greg Dayton was inducted as a Great Blues Artist into the New York Blues Hall of Fame in 2016. He has been collaborating with some of the finest musicians in the US and Europe for over 20 years. With influences from electric rock to acoustic blues, the New York artist has a dedicated a lifetime to great songs, searing electric guitar solos and acoustic fingerpicking.

This summer he will release his second solo album, Sailing for the Sun. Produced by Adrian Harpham, with influences from blues, rock and folk to soul, the album features performances by Greg's NYC based band and other great friends and artists including, Adrian Harpham, Towera Smith, Clayton Bryant, Anthony Robustelli, Anson Jones, Max Rifkin, Steve Bernstein, Josh Solomon, Dave Inniss, and more. 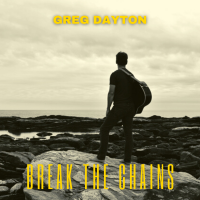 From: Break The Chains
By Greg Dayton

From: See My Baby
By Greg Dayton 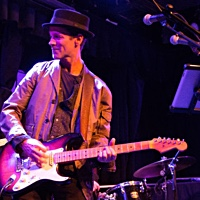 All About Jazz musician pages are maintained by musicians, publicists and trusted members like you. Interested? Tell us why you would like to improve the Greg Dayton musician page.