Goran Ivanovic is a native of Croatia, a Balkan country torn by the civil strife that engulfed the former Yugoslavia. The musical son of a Serbian father and a Bosnian Croat mother, he has crossed many boundaries in his life and in his music. While he was studying at the Mozarteum in Salzburg with masters such as Elliot Fisk and Joaquin Clerch, his parents were expelled from Croatia and were granted political asylum in the United States. Since his residence in this country, Goran’s broad grounding in Classical music has been enriched by influences of Jazz,Balkan and the World Music. 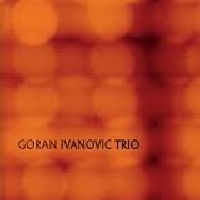 All About Jazz musician pages are maintained by musicians, publicists and trusted members like you. Interested? Tell us why you would like to improve the Goran Ivanovic musician page.