Born into a family of musicians Gary Brown's inevitable musical career began at an early age. By his eleventh birthday Gary was already performing in jazz bands with his two brothers and his father, jazz trumpeter Wilbert Brown. Gary went on to form his own bands and develop a talent and reputation as a skilled and versatile bassist. While enrolled in San Jose State University's Art/Design program Gary came to realize that music was his true calling and made the decision to make it his life and his career. After leaving school he continued to study privately with the renowned Skip Parnell, a teacher and lecturer from the esteemed Philadelphia Academy of Music.

Gary is one of the three members of Pray for Rain, a film and soundtrack production team whose credits include Sid & Nancy, Straight to Hell, Trust Me, Zandalee (with Judge Reinhold and Nicholas Cage) and The Linguini Incident (starring David Bowie). Their projects include work with famed Parliament keyboardist Bernie Worell on the movie Car 54 Where Are You? and the theme and dramatic underscore for the Fox television series Key West. They continue to compose underscore for various projects for the major cable networks including HBO, Lifetime, Showtime and Cinemax, as well as for the major television networks ABC, NBC and CBS.

Currently dividing his time perfoming with Flora Purim & Airto, Anamandara Trio and the Rebeca Mauleon Group, Gary continues to compose, perform and produce with various artists and is writing music for his first solo project. 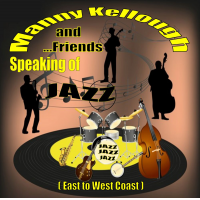 From: Moon Over Tiburon
By Gary Brown - Bass

We Are All Connected

All About Jazz musician pages are maintained by musicians, publicists and trusted members like you. Interested? Tell us why you would like to improve the Gary Brown - Bass musician page.