Gabriel Johnson was born in Santa Clara, California in 1980 and grew up in Salinas, California. Early on, his greatest musical influence was his grandmother who always preached to him the importance of the arts and, most importantly, jazz. “She was the one who told me I really needed to go hear Dizzy play in 1989 at the Monterey Jazz Festival. It was there that I heard not only Dizzy but another of the all time greats, Freddie Hubbard. That was about all it took for me to say, ‘this is what I want to do.’” After practicing obsessively throughout middle and high school, Gabriel attended Boston’s prestigious New England Conservatory of Music. While there he studied under the tutelage of jazz greats Steve Lacy, Danilo Perez, George Garzone, John McNeil and Bob Moses.

After completing his education in Boston, he decided to return to his California roots, only this time to Los Angeles where he has lived for the past 8 years. Since arriving in LA, Gabriel has been very active in the studio scene, and has played or recorded with a wide variety of musicians and bands, including Blood Sweat and Tears, Gladys Knight, David Foster, Jill Scott, Diddy, Skylar Grey, Faith Evans, Gerald Albright, Dave Koz, Johnny Mathis, Kyle Eastwood, Vince Gill, Andrea Bocelli,Chris Botti, Mindi Abair, Paula Cole, Lyle Lovett, Keb Mo, M83, B.o.B, Huun Huur Tu and Burt Bacharach.

A turning point came in 2007, when Clint Eastwood called upon Gabriel to be the featured soloist with orchestra on his Golden Globes nominated score to Changeling, starring Angelina Jolie. Eastwood, once a trumpet player himself, said that Johnson “plays like a singer.” This was a bit of a full circle moment for Johnson, since as a child he grew up not too far from Clint’s home in Carmel, California. He says, “I had heard about his love of music while I was growing up, so to be standing there playing the trumpet, his favorite instrument, on a movie he directed, with him sitting 5 feet from me in the room was exciting and humbling at the same time.” Following the success of the Changeling soundtrack, Eastwood once again called upon Johnson to be the soloist in his Nelson Mandela biopic Invictus, which came out in December of 2009.

Coming on September 25, 2012 is Gabriel’s album “Introducing Gabriel Johnson,” which blends his trumpet sound with the sound of modern jazz and hip-hop. Upon hearing the album, Grammy Award winning trumpeter Chris Botti had this to say: “His mature and beautiful sound signals a new standard for the next generation of trumpet players.” When asked about his concept for the album, Johnson says: “When I first started conceiving the sound of this album, I had been listening to a lot of music that was very simple and melodic, but had tremendous fire and depth once you really dug in and peeled off the layers. I spent a lot of time going back and listening the Miles Davis and Gil Evans collaborations from the late 50s, with their beautiful, intricate, and simultaneously accessible harmonies, as well as those instant-classic Madlib and J-Dilla records on the Stones Throw label, which have had a huge influence on me. I also listened a lot to D’Angelo’s record “Voodoo” just because of its utterly raw sexiness, which in my opinion can never be overlooked in music. Some might find that an odd connection, but to me all of that music had exactly what I was looking for: music that is melodic, accessible and utterly enjoyable, but has tremendous depth and complexity inside of all of that. My thought was to throw all these influences in a funnel and create a world and sound that my trumpet playing, which I have worked so very hard on, could shine inside of. I figured if I was successful at blending these influences, I could make an album that I was not only very proud of as a musician, but that listeners from all walks of life could get joy out of, which is very important to me. I really want my music to make people happy.”

The album is comprised of 10 original compositions and 3 covers. The first single, “Wait a Minute,“ starts the album and was also the catalyst for the rest of the album. “Once I had ‘Wait a Minute’ done, I knew I was onto something. It has a very simple melody, I would say almost a hook, and the sparseness of the beat and harmony lays a nice bed for my trumpet to really be out front and exposed. When I found the sound and mood of it, and was able to play with the simplicity and substance I was aiming for, I knew the album was off and running.” Another highlight is Johnson’s brooding version of “Codex,” a song from Radiohead’s 2011 album “The King of Limbs.” Johnson says, “I’m really proud of ‘Codex.’ I have always been a huge fan of Radiohead and was immediately taken aback when I first heard the song. When I was putting together this album, I knew that I had to do my own version. I hope that people will enjoy my take on it, which is certainly different than the original version, but hopefully retains some of the beauty and melancholy that made Radiohead’s version so powerful to me.” Throughout the record, Johnson’s trumpet sound takes center stage, whether it be on the raw hip-hop infused “The Chief,” his fresh take on the Gershwin classic “Summertime,” the quirky “Jazz Cats,” or the aptly titled “Old School.” His melodic creativity, beautiful trumpet sound and infectious compositions are sure to catch listeners’ ears.

Gabriel is also looking forward to touring in support of “Introducing Gabriel Johnson” in the fall. “I think this music will be even more exciting for me to play live. I’m really proud of the band I have assembled, with some truly world class musicians who will surely help make the live show a great experience not only for me as the band leader, but for the audience as well. More than anything, I just hope that when people come and hear us play they walk away feeling better than when they arrived, want to come hear us again, and know that I am grateful for their ears and their time. That, after all, is why I do what I do.”

For those who are interested, Gabriel plays a 1946 Martin Committee trumpet and a New York Bach #3 mouthpiece from the 1930′s. Show less 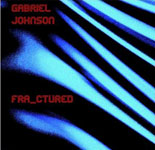 All About Jazz musician pages are maintained by musicians, publicists and trusted members like you. Interested? Tell us why you would like to improve the Gabriel Johnson musician page.