He recorded with his trio in January 2014 his first album as a leader, “Home”, with Max Gomez on drums and Jose Manuel Diaz on double bass. Six original compositions and three standards, Home was recorded live in his home studio, His second album “Outro” came out less than a year after, with the same vibe of Home.

His discography starts back in 2000 with a funk called Travel Hats. In 2011 he recorded the first album by pianist Alberto Vilas: “Experianza” published by AZos Jazz

. In 2012 recorded in Porto the first album of Portuguese Spanish-septet Rua da Alegria: “101”and in 2013 he recorded the second album with Alberto Vilas Quintet: “Crónica Cromática”. 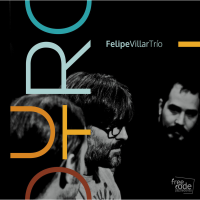 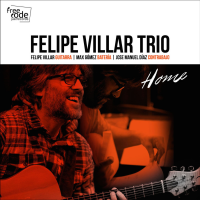 From: Outro
By Felipe Villar

From: Home
By Felipe Villar

All About Jazz musician pages are maintained by musicians, publicists and trusted members like you. Interested? Tell us why you would like to improve the Felipe Villar musician page.