When Fawn entered kindergarten in Thunder Bay, Ontario, she barely spoke a word of English. The next year started French Immersion. She has since lived and performed all over the country, including all three of Canada’s northern territories. She embodies Canada’s diversity with her mixed cultural roots of Chinese, French, and German, singing in her three ancestral languages as well as English.

Raised on folk, classical, and musical theatre, Fawn was a latecomer to jazz, but the bug bit her hard, and she quickly garnered accolades. Tim Tamashiro (former host of CBC Radio's national jazz program Tonic) named Fawn “one of Canada’s top swingers”. In 2014, Fawn won the Julian Award of Excellence for Emerging Jazz Artists.

The end of her marriage in 2015 spurred a period of deep reflection that changed the direction of her music. She grappled with the forces that had shaped her life decisions: perfectionism, Catholicism, and anxiety, among others. #MeToo further strengthened her sense of responsibility to give voice to real human stories. Music plays a crucial role in shaping society, and she felt compelled to write music about issues that matter.

In March 2019, Fawn debuted How to Say Sorry and Other Lessons, a show of eight personal stories and eight new songs. The music is co-written with pianist and composer David Restivo, fusing singer songwriter truth bombs with the rich complexity of jazz. The show explores themes of failure, feminism, conflict, consent, and connection. The March performance was recorded live with the support of Jazz Yukon, and the album will be release on Chronograph Records in August 2020.

Fawn has two daughters and is a staunch advocate for epilepsy awareness. Her eldest daughter suffered from severe seizures from toddlerhood, and was on the highly restrictive (and effective) Ketogenic Diet for Epilepsy for five years. Fawn is passionate about supporting families who are dealing with seizures, and about increasing awareness of this surprisingly prevalent condition.

She is also a passionate educator, delivering workshops on learning styles, growth mindset, creativity, and neurodiversity.

"I was particularly impressed with Fritzen's original songs, which had intelligent lyrics and felt like worthy successors to Great American Songbook classics." — Alayne McGregor, OttawaJazzScene.ca 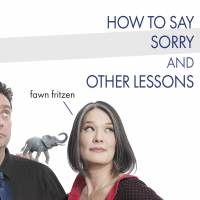 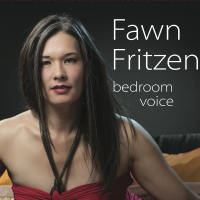 From: Arancina
By Fawn Fritzen 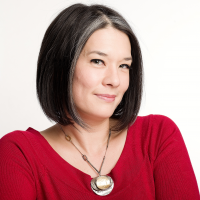 All About Jazz musician pages are maintained by musicians, publicists and trusted members like you. Interested? Tell us why you would like to improve the Fawn Fritzen musician page.