Eyal Gurvich is an Israeli drummer and composer based in New York City. Since he was young, Gurvich has been exposed to art and music by his father, Jorge Gurvich, a major Argentinian film maker in Israel. He became passionate and curious to explore music and the drum set when he was 13, which eventually led him to be the youngest person and one of the two drummers accepted to the prestigious ‘Rimon Jazz Institute’ at the age of 16.

Gurvich has studied closely with Avishai Cohen (Trumpet), Dave DiCenso, Billy Kilson, Greg Hopkins, and is passionate about passing the flame of jazz music history and tradition while being connected to his own voice and identity as an artist.

Gurvich has been performing with both his own original music ensembles and also with renowned Israeli musicians since around 2010, touring all around the country and abroad, and performing in the most prestigious music venues including the Henry Crown Theater, Levontin 7, Ozen-Bar, Tmuna Theater, The Zone, Beit Hayotzer, Shablul, Reading 3, Bar Giyora, and more. Other than performing with his own projects including the Eyal Gurvich Quartet, Groovich Quintet and more, Gurvich had performed and toured with the Abacus Project, Ami Nagar and Ellen Allard – in China, Thailand, Hong Kong, Taiwan, Canada and Israel. 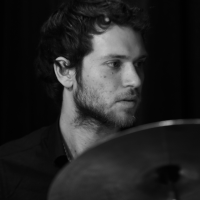 All About Jazz musician pages are maintained by musicians, publicists and trusted members like you. Interested? Tell us why you would like to improve the Eyal Gurvich musician page.