Eviatar Slivnik is a musician currently living in New York City. From 8 years old, Eviatar started his musical path that has led him to perform with world class artists such as: Eli Degibri, Avishai Cohen, Jason Palmer, Darren Barrett, Omer Avital etc. Born in Israel, he began his musical training at the Arison School of Arts in Tel Aviv and continued to the highly esteemed Thelma Yellin High School of Arts. At 15, he was given his first opportunity to perform internationally with the jazz group ‘Sharp 5’ at the Savannah Jazz Festival in September of 2011. During this time he was also awarded not only the outstanding Musician Award from the Israeli Ministry of Culture and Sports but also the Jazz Category America-Israel Foundation Scholarship, both huge honors in the Israeli music scene.

Graduating Thelma Yellin High School of Arts in 2013 with a certificate in excellence from the Jazz Department, the opportunity arose for Eviatar to further his studies at the Rimon Jazz Institute on a program linked to Berklee College of Music. During his first two years of study in Israel, Eviatar was given the opportunity to perform with some of the world’s leading jazz musicians including: Mark Whitfield, Yoni Rechter, Avishai Cohen, Anat Cohen and perhaps most notably, Eli Degibri. Eviatar has become a core member of Eli’s band touring all over Europe & performing at world-class venues such as Antibes Jazz Festival (France), Jarasum Jazz Festival (South Korea), Duc De Lombards (Paris), Café Central (Madrid), Jimmy Glass (Valencia), Cube 251 (Luxemburg), Nancy Jazz (Nancy), The Jazz Standard (NYC), Blue Note (Beijing, Milano, and NYC) & Dizzy’s Coca-Cola Club, part of the Lincoln Center in New York City. With various other artists he has also performed in Spain, Germany as well as some of the world's leading jazz festivals such as the International Jazz Day in Saint Petersburg, Kaunas Jazz Festival, Eivissa Jazz Festival & the Red Sea Jazz Festival. Amongst his busy performance schedule, in February 2015 Eviatar also was given the opportunity after winning the award for Best Jazz Performer at Rimon Jazz Institute, to participate in the International Association of Schools of Jazz Conference (IASJ) in Portugal, led by jazz legend Dave Liebman.

During the year of 2019, Eviatar was touring in and out of NYC and performed a week long engagement in Israel with the Eli Degibri Quartet Featuring the world- class saxophonist Chris Potter, recorded in the album of the Thelonious Monk Institute Piano Competition Tom Oren to be released on Concord Jazz Record Label in 2020, and recorded another album with the Eli Degibri Quartet.

Due to COVID-19, he went back to Israel and under the restrictions succeeded to create and found along with his childhood friend and saxophonist , Alexander Levin, “Drivin’ Jazz” which is a jazz venue in a drive in constellation in which he performed with the finest Israeli born jazz musicians such as Shai Maestro, Gilad Hekselman, Yuval Cohen, Barak Mori and many others.

1st Place in the 'Best Jazz Player' competition at the Rimon School of Music in 2015. AICF scholarship recipient from 2012 to 2017. Full Scholarship to Berklee College of Music + 'Bracha Foundation' Award. 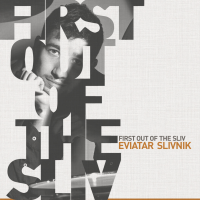 First out of the Sliv 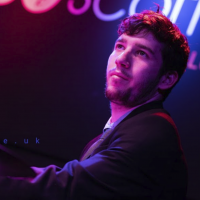 All About Jazz musician pages are maintained by musicians, publicists and trusted members like you. Interested? Tell us why you would like to improve the Eviatar Slivnik musician page.