Drummer Evan DuChene graduated from Syracuse University's school of music with a dual degree in music education and music performance. After college he toured the U. S. for several years with Inner city Recording Artist Dry Jack, backing up artists such as McCoy Tyner and Freddie Hubbard.

Since that time Evan settled in the Central New York area. He has played with many Central New York greats such as Ronnie Leigh, Larry Arlotta, Rick Montalbano and Rick Ballestra to name a few. He also has performed with national artists such as Leslie Gore, Santos and Johnnie, The Four Aces, as well as jazz greats Chuck Lamb, Nick Brignola and Dizzy Gillespie.

Most recently Evan toured with Corporate entertainer Philip Myers. While with Myers, he crisscrossed the US playing many of the countries finest Five Diamond resorts. Out of country gigs took him to, Cancun, Puerto Rico, the Bahamas and Beijing China. 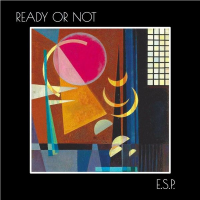 All About Jazz musician pages are maintained by musicians, publicists and trusted members like you. Interested? Tell us why you would like to improve the Evan Duchene musician page.