Having already shared the stage with the likes of Dame Cleo Laine, the late Sir John Dankworth and with a 2010 nomination for ‘jazz vocalist of the year’ alongside Norma Winstone and Christine Tobin, 21 year old Emma Smith is already an accomplished jazz singer.

At age 14 she had her first taste of big band singing with the Glenn Miller outfit 'The String of Pearls Orchestra'. She began to tour frequently with the band and received practical training in being a jazz musician. Having come from a family of musicians and composers, Emma decided to follow in her father’s footsteps and join the National Youth Jazz Orchestra. At only 15 she was made NYJO’s female vocalist and vocal coach; a chair sponsored by Cleo Laine and the Wavendon Foundation.

At 16, Emma’s reputation as an up-and-coming talent led her to become increasingly in demand. She began playing extensively in many of London’s top jazz venues, including Ronnie Scott’s, The 606, The Vortex, Pizza Express Dean Street, The Spice of Life and Pizza on the Park. She has also played numerous jazz festivals, including the Oxford Jazz Festival, Cheltenham Jazz Festival and The London Jazz Festival. In 2009, she was invited to be part of the Vocal Summit at the London Jazz Festival, which featured Emma, Natalie Williams and Anita Wardell.

April 2009 saw Emma featured alongside Ian Shaw and Madeline Bell with the Guy Barker Big Band and the BBC Concert Orchestra. The show, entitled ‘The Billy Strayhorn Story,’ was aired on BBC Radio 2’s ‘Friday Night is Music Night.’ Emma prepared extensively for the broadcast in order to portray the personalities of Eartha Kitt, Rosemary Clooney and Ruth Ellington.

More recently in September 2011, Emma was featured on The Discovery Show, broadcast nationwide on Jazz FM.

Emma has been privileged enough to have performed with some of her idols. In June 2009, she received coaching from Sir John Dankworth and performed the notoriously difficult ‘Shakespeare Suite’ with John and his band.

Ensemble singing has recently become a major part of Emma’s singing and writing. Since attending the Academy, mentor Pete Churchill invited her to join the ‘London Vocal Project.’ She is delighted to be part of this extraordinary ensemble, and she was lucky enough to be involved in a project with renowned composer Roger Treece which resulted in a performance with Bobby McFerrin at the Barbican Centre, London.

Emma is also a featured soloist with the Callum Au Big Band, which she actively performs and writes for.

Read more articles
”Her compositions reveal an adventurous mind... A confident and seasoned performer who engages her audience from the first moment” Charles Alexander, Jazzwise

“All the basics, true intonation, crystal-clear diction, an alert sense of phrasing and line, can be absolutely taken for granted in what she does, which is of purest quality..... A singer-composer of very great promise” Sebastian Scotney, LondonJazz

“Smith's vocal has a perfect mix of technique and emotional engagement... Smith comes across as a confident and mature artist and composer, a precocious talent who has produced an exceptional debut album.” Bruce Lindsay, AllAboutJazz.com 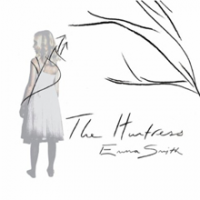 All About Jazz musician pages are maintained by musicians, publicists and trusted members like you. Interested? Tell us why you would like to improve the Emma Smith musician page.