Dwayne White is an experienced jazz trumpeter, music educator, clinician, composer, and arranger. A native of “The Birthplace of Jazz” in New Orleans, Louisiana, Dwayne’s affection for jazz began at an early age. Starting his journey on trumpet during grade school, Dwayne quickly developed an affinity for his instrument whilst playing in marching bands through high school.

Dwayne continued his musical studies at Florida A&M University (FAMU) in Tallahassee, Florida where he received a B.S. degree in Music Education. At FAMU, Dwayne participated in various musical ensembles, including the world-famous Marching 100 band. Dwayne began a career as a jazz performer with the Lindsey Sarjeant Sextet and the Tallahassee Swing Band where he was a featured trumpet soloist. Dwayne has performed in venues and festivals in Atlanta, New York, New Orleans, Paris, France and Montreux, Switzerland as well as locations around Florida. Dwayne has performed on stage with Pam Laws, Scotty Barnhart, Camilla Sanders, Vincent Gardner, John Lamb, Denise Moore, Buster Cooper, and the Duke Ellington Orchestra to name a few. Dwayne has also performed with the groups Quadrivium, Jazz Summit, and Double Exposure under his own leadership, allowing him to develop and showcase his talents as a bandleader, composer, and arranger. Dwayne also composed original music for the short student film, “Slant Blue Elwood.” Dwayne played solo trumpet in the world premiere production of “I Left My Heart” at the Palladium Theater in St. Petersburg, Florida.

Dwayne moved to Tampa, Florida in 1996 to begin a career as a music educator. He served as music specialist at Lanier Elementary School where his colleagues selected him as Teacher of the Year 2004. Dwayne currently works as a counselor in Youth Development with the Tampa YMCA. Dwayne is also active in several arts organizations including the Al Downing Tampa Bay Jazz Association where he serves as the Chairman of the Education/Scholarship Committee. Dwayne is largely responsible for starting the Al Downing Jazz In The Schools program which has now become the Jazz for Youth Initiative (JFYI) charged with sponsoring jazz educational programs for youth in schools, camps, recreation centers, and other settings.

Dwayne has hosted the Monday Night Jazz Jam at the Hangar Restaurant and Flight Lounge since its inception in 2010 helping to turn it into a signature weekly jazz event for the ADTBJA and the Tampa Bay area. When the 2020 Global Pandemic caused the shutdown of the regular Monday event at the Hangar, Dwayne assembled a small team to produce a weekly virtual jazz offering called the Monday Night Jazz Hour (MNJH) which features many talented jazz performers from around the Tampa Bay Area. With the move to the virtual platform, the MNJH has grown to showcase these local musicians to a worldwide audience with viewers from places like Spain, Argentina, Denmark, Italy, United Kingdom, and other countries around the globe. There have been constant improvements made by Dwayne and the MNJH team to the audio and video quality of the Monday night broadcast to prepare for the move into Season 2 of the MNJH in 2021. The Monday Night Jazz Hour is live-streamed each Monday from 6-7 pm on the Al Downing Tampa Bay Jazz Association Facebook page.

Dwayne has been hosting Hangar Music Fridays. a weekly jazz series featuring Dwayne White & Friends at the Hangar Restaurant since October 2021. The series features a rotating cast of some of the best jazz talent on the Tampa Bay Jazz Scene. Show less 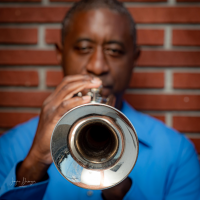 All About Jazz musician pages are maintained by musicians, publicists and trusted members like you. Interested? Tell us why you would like to improve the Dwayne White musician page.