Doug Hirlinger is a multifaceted musician whose diverse history includes extensive experience as a drummer, composer, educator, and producer. He possess a fascination with the synthesis of technology and music and increasingly works with the cutting edge software known as Max/ MSP, both as a compositional tool and interfaced with acoustic drums for performance. Doug’s first musical language and point of reference is Jazz, due primarily to his upbringing in St. Louis where he had the great fortune of working with and receiving tutelage from local tenor saxophone legend, Wille Atkins. The rhythm, sonic fabric, swagger, and general artistry of hip- hop from the 80’s and 90’s has also been a significant inspiration. Since first moving to New York City in 1995, Doug has been a resident of both NYC and Philadelphia multiple times, moving from one city to the other more than once, immersing himself in the deep and rich music scenes of both communities.

On drum set Doug is as much at home in jazz and experimental settings as he is on stage with the Philadelphia Orchestra. During the past 20 plus years living in his two cities of choice, he has toured Europe and the US, played many times in the most prominent venues in New York and Philadelphia, and established lasting relationships with an abundant list of collaborators. As a side man in clubs such as Philadelphia’s historic Ortlieb’s Jazz Haus and Chris’ Jazz Cafe, in New York City venues such as the Blue Note, Birdland, 55 Bar, and the Iridium, as well as in countless venues in Europe, Hirlinger has performed with a plentiful list of well known musicians that include Peter Bernstein, Seamus Blake, Ralph Bowen, Wayne Escoffrey, Stanley Jordan, Luis Perdomo, and Tim Warfield as well as with Philly jazz heroes Bootsie Barnes, Larry McKenna, and Sid Simmons. Doug’s frequent collaborators include seasoned bassist Gene Perla (who worked for many years with one of Doug’s heroes, Elvin Jones), guitarist and composer Tim Motzer, The Jost Project (Paul Jost, Kevin MacConnell, Tony Miceli) often including Joel Frahm, organist Lucas Brown, and Chris Coyle’s Outside Sound. Hirlinger made his debut with the Philadelphia Orchestra in March of 2017 playing drum set on the world premiere of Imaginary Day , a Duo Concerto for Vibraphone, Marimba, and Orchestra composed by Pat Metheny, orchestrated and arranged by Chris Deviney. Doug formally co-led a trio with Matt Mitchell and Tarus Mateen, which was a Philadelphia favorite, appearing several times at Ortlieb’s.

As a composer Hirlinger had early success with a Downbeat Magazine student composer award and years later found himself leading an ensemble dedicated to performing his compositions, Waveform Razorback, comprised of world-renowned musicians Matt Mitchell, Ben Gerstein, and John Swana. Doug’s first album of computer generated compositions, Kora Song and Reconstructions , was released under the pseudonym Man from Nowhere in September of 2016 on composer and guitarist Tim Motzer’s Philadelphia based label 1K Recordings. From November 2009 until September 2010, Doug also ran an online series dedicated to recording monthly, the compositions of a rotating cast of Philadelphia and New York City based composers. The series, called Monthly Meeting, ran on his website musiccreative.org and received accolades from several blogs, including that of jazz writer and lecturer David Adler. Doug is currently developing several projects utilizing Max/MSP as a primary compositional tool as he follows his sonic beacon.

As an educator Doug recently completed a full academic semester as a teaching artist in Philadelphia public schools with the Kimmel Center’s Jazz Standards Program, led by pianist

Orrin Evans. Hirlinger additionally taught at the New School in New York City in the fall of 2016, appeared as a teaching artist in Philadelphia and New Jersey public schools during the 2015-16 and 2016-17 academic years as part of several programs, and is faculty at the 2017 Kimmel Center Jazz Camp under the direction of bassist Anthony Tidd. Doug’s work with Chris Colye’s Outside Sound involves educational workshops in schools and other institutions, as well as collaborating with adult artists with developmental disabilities. Hirlinger is very excited about a new STEAM focused educational program called Beats With Code which he has developed and he is currently in discussion with several institutions in Philadelphia and New York City concerning the programs implementation for the coming 2017-18 academic year. Doug has taught private lessons, various ensembles, and music theory at Rob Zollman’s Music Learning Centers in Montgomery County, PA, Church Street School of Music and Art in New York City, and in his private studio.

A natural extension of Hirlinger’s interest in hip-hop as well as technology in general, has been his experience in production. After first taking music technology courses at Manhattan School of Music and arming himself with an Akia MPC2000 sequencer and sampler in the late 1990’s, Hirlinger began selling beats and mixing recordings for hip-hop artists in New York City and later in Philadelphia. In 2001 Hirlinger, along with singer songwriter Keisha Hutchins, launched the duo Vanishing Peoples of the Earth. The group was well received by listeners and the press, performed in NYC and often in Philadelphia, and with their independent label NotNice Records, reached a distribution deal with Chicago based Groove Distribution. Doug co-wrote, recorded, mixed, and produced the release. The recording studio remains an environment where Doug’s varied interests and disciplines naturally fuse. Show less 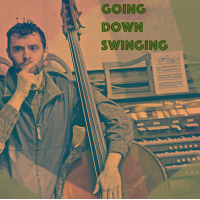 All About Jazz musician pages are maintained by musicians, publicists and trusted members like you. Interested? Tell us why you would like to improve the Doug Hirlinger musician page.