Dominic Ingham is a British violinist, singer and composer who endeavours to combine violin techniques from his folk and classical background, in order to create a unique way of playing jazz violin.

He has performed in a broad range of musical contexts, including five piece collective Bonsai, Jonny Mansfield’s Elftet, Camila Meza’s Nectar Orchestra and indie rock band Blaenavon. He has toured extensively across the UK and Europe, playing at prestigious venues/festivals such as Ronnie Scotts, Love Supreme, Heaven, The Royal Albert Hall, The Barbican and EFG London Jazz Festival. 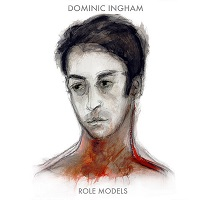 All About Jazz musician pages are maintained by musicians, publicists and trusted members like you. Interested? Tell us why you would like to improve the Dominic Ingham musician page.