Heralding from the South, DeeAnne Gorman grew up with music, studying voice, dance and various musical instruments. Through school, she participated in local and statewide choruses and concert bands, and sang with/directed a 4-part harmony madrigal group. After graduating from The George Washington University in Washington, DC, and continuing studies at The New School in New York, she moved to France, where she discovered French song and performed with Studio Voices of Paris.

Once back in New York City, she began merging - morphing - musical theater, pop and jazz song. Exposed to rising talents as well as established legends on the jazz scene and listening more and more to her favorites (Ernestine Anderson, Ella Fitzgerald, Shirley Horn, Jimmy Scott), she started focusing on her own interpretations of standards. Profiting from the city's wealth of musical treasures: vocal studies with composer Catherine Aks, jazz singer/professor Amy London, piano with Tardo Hammer, and attending the renowned Barry Harris jazz workshops, DeeAnne also checked out the numerous jam sessions held nightly around town. At Arturo's, Cleopatra's Needle, Lenox Lounge, the Local 802 Musicians' Union, former Robin's Nest and St. Nick's Pub, she thrilled to sit in with musicians both known and new to the scene.

In the recording studio, in addition to working with composers and DJs on various projects, DeeAnne's own 1st demo of standards, which she arranged, co-edited, mixed and mastered, and her 2nd recording of select favorites – given a special jazz/Latin/MidEast touch by her rhythm section – drew attention and praise, as well as airplay on Israeli radio. Onstage, her live performances have varied from blending her own poetry with jazz song, cabaret productions she co-wrote and in which she appeared, to more recently, regular jazz gigs at both private events and public venues. Within instrumental duos, trios and quartets, she has sung in Europe and the U.S., including New York's Jolly Hotel Madison Towers' Whaler Bar, Langan's Times Square, Nightingale Lounge, The American Theatre of Actors, Shutters, Prudence Designs, Swig Bar & Grill, Astoria's Rèst-âü-Ránt, the former Chez Suzette, Danny's Restaurant Row, Kavehaz, Orbit East Harlem, and Upstairs at Rose's Turn. Most recently she was the feature in a jazz music film at Brooklyn College, and appears in ongoing showcases at Stage Left Studio in Manhattan.

Her fascination with and journey to jazz through sacred, classical and cabaret genres continues to be inspired by the historical richness of the music and the freedom for which it calls. On her way, DeeAnne partners with some of the most talented musicians on the scene, and with beauty, creativity, honest sound and style, brings us along into her unique world of music. Show less

"And When October Goes" - Jazz with Vocalist Deeanne Gorman

”DeeAnne Gorman sings like an angel, and has a classy style and ironic wit that has engaged audiences at Stage Left Studio for several years. I love working with her.” — Cheryl King, Owner & Artistic/Managing Director, Stage Left Studio, New York, NY

“DeeAnne Gorman is a thoughtful and insightful singer, with a sense of humor that infuses joy and fun into her talented performance.” — Amy London, Jazz Vocalist, Composer & Professor of Vocal Studies, The New School, New York, NY 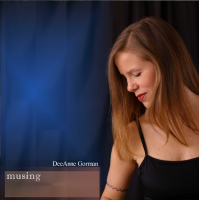 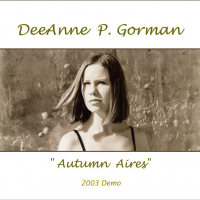 All About Jazz musician pages are maintained by musicians, publicists and trusted members like you. Interested? Tell us why you would like to improve the DeeAnne Gorman musician page.