Ecuadorian bassist and composer. He quickly begins to take stage in the various scenarios of his home town and at an early age became part of CoM University San Francisco de Quito where he did most of his training. Currently a full time faculty music in the bass department and ensembles at this Berklee International Network.

In July 2009 gets a full scholarship to attend the University of North Texas for one summer.

Winner of the 2010 Jazz Envoys who attended the "Jamey Aebersold Summer Jazz Workshop" and playing at the Kennedy Center in Washington DC. Since then he has remained active working with the United States Embassy and the State Department. Bio He has performed with various artists such as John Blackwell, Victor Mendoza, Jeff Galindo, Yoron Israel, Perico Sanbeat, Ted Lo, Polo Ortí among others in South America, North America, Asia and Europe. Member of the International Society of Bassists and was invited to the convention in the city of Rochester, NY in June 2013. He obtained his B.A. at the CoM USFQ and Masters in Music at Berklee College of Music with BIN Scholarship.

He is currently sponsored by Upton Bass and D'Addario strings. Leading his own trio with Piotr Orzechowski (Pianohooligan) and Joshua Wheatley with who he recorded his debut album Elapse in 2014.

Daniel Toledo Bass
"Overall this is definitely a superb debut effort, as well as one of the most personal / unique albums that I happened to listen to in 2014. Hopefully this trio will produce more of such gems in the future." 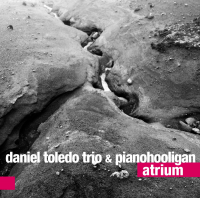 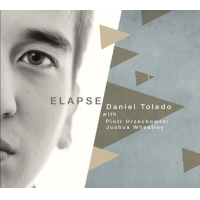 All About Jazz musician pages are maintained by musicians, publicists and trusted members like you. Interested? Tell us why you would like to improve the Daniel Toledo musician page.