Over three decades, Daniel (D.A.) Young was a part-time studio session singer and small-club performer around Central Indiana, appearing often as a solo act, or with his own group, D.A. & the Convictions. A prolific songwriter, he frequented open stages around the city to try out material and find potential fans. In the 1990’s, he produced an art- rock/pop demo compilation called, “My Favorite Stranger,” released independently in October 1998. A second song collection, “Soul to the Wheel” was completed in 2005 (available on-line at CD-Baby.com)

After a hiatus to finish his college degree, Daniel returned to musical activities, performing standards and ballads with a new line-up of D.A. & the Convictions in numerous local appearances, including the 2002 Indy 500 Champagne Ball, The Main Street Stage at the Indiana State Fair, three cocktail events in large ballrooms for The Perfect Wedding Guide, and three grand opening parties for Eddie Merlot's restaurant in Indianapolis, as well as other private events.

Daniel has expanded and refined his repertoire of standards, and methodically redefined himself as a jazz singer, with a listenable and appealing voice perfectly suited to traditional pop and jazz standards. Daniel sings classic tunes by George Gershwin, Cole Porter, Hoagy Carmichael, Jerome Kern, Rogers & Hart, Harold Arlen, Duke Ellington, and others. In solo performing, Daniel accompanies himself on jazz-style guitar.

In 2005 and 2006, he performed solo at numerous Indy-area wine bars, including D'vine Wine Bar, over two years with a weekly program at Brix, A Zionsville Bistro; and a monthly appearance for a year at Deano's Vino in Fountain Square (2006-2007).

Planning and rehearsals with pianist/arranger Ken Fary for a traditional jazz CD began in March 2006, and recording at The Lodge Studios was started in late July. Recording and mixing for the ten-song album of standards was completed in late September. The CD, titled “A Place to Dream” was released to record stores and on-line vendors in January 2007. Following the release, Indianapolis jazz DJ and critic Chuck Workman played cuts from the record and interviewed Daniel on WICR (University of Indianapolis Public Radio). He performed with the Ken Fary group at the Chatterbox Jazz Nightclub three times that year, once at the Jazz Kitchen, and twice for Wolfgang Puck's at the Indianapolis Museum of Art. In 2008, as well as solo appearances in small clubs and private events. Daniel did a series of Friday night shows at Center Stage Cafe.

Midway through 2008, Daniel was forced into retirement by health issues affecting his voice. He returned in 2012 with two self-produced shows called, “The DREAM*BOAT Variety Show” at a club on Indy's Mass Ave, with jazz tunes, original songs, and performance poetry with art slides. In May, 2012, he began a series of dinner cabaret evenings, singing with pianist Sean Baker at Chef Joseph's at the Connoisseur Room. 'D.A. Sings FRANK & TONY” featured numerous classic songs from the Sinatra and Bennett discographies. The series continued sporadically until 2017.

D.A. hopes to return to vocal performing after the Covid-19 pandemic is over. Show less 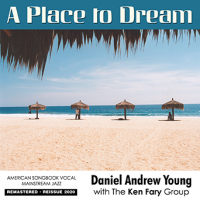 A Place to Dream 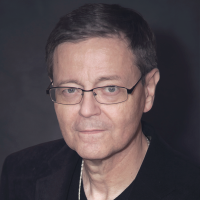 All About Jazz musician pages are maintained by musicians, publicists and trusted members like you. Interested? Tell us why you would like to improve the Daniel A. Young musician page.