By picking up a bass guitar on Christmas Day of 1991, Damon Warmack embarked upon a journey that would take him from Detroit's east side to Asia (Japan), Europe (Ireland, Scotland, Wales, England, Holland, Belgium, France, Spain, Italy, Germany, Slovokia and Russia), Canada, New York, Los Angeles and a few places in between.

Damon Warmack bass, electric
"...the incredible tarantula-fingered 6-string bassist, Damon Warmack showed why he needs to be considered one of the up-and-coming young stars of the instrument. Warmack's lightning fast fretwork, combined with tasty tapping and chiming, and volume pedal chording reminded one of Patitucci, Pastorius, Wooten, Watts and other bass greats..." 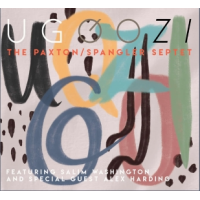 All About Jazz musician pages are maintained by musicians, publicists and trusted members like you. Interested? Tell us why you would like to improve the Damon Warmack musician page.