Damjan Grbac was born on the 14th June 1979. He enters the world of music at the age of 12 by playing the clarinet in the Musical association „Spinčići“. He started playing the bass guitar at the age of 16. In the year 2000. he started to engage himself professionally in music.

He was improving his knowledge with the famous Croatian musicians such as the bass guitar player Henry Radanović, the guitar players Darko Jurković Charlie, Spartaco Črnjarić and the American jazz pianist Joe Kaplowitz. He attended the „ Jazz camp Kranj“ school several times where he improved his knowledge with the very esteemed contrabass player Aleš Avbelj and other famous musicians like Primož Grašič, Mario Mavrin, Emil Spany and the jazz – legend Boško Petrović. In 2011. Damjan graduated the five year Academy in Trieste „Giuseppe Tartini“. He is engaged in authorial and pedagogical work.

He is the member of the LeKap quartet (Joe Kaplowitz – Piano/hammond (USA), Lela Kaplowitz – vocal, Tonči Grabušić – drums, Damjan Grbac – double bass. In 2010. they published the jazz CD „Love me or leave me“.

At the „Last minute“ jazz festival in Bale (Istria) he cooperates with the musicians who work in the Nederlands. These are : Rajko Zjača (Holland), Stanislav Mitrović(Holland) and the drummer Ratko Divjak (Slovenia).

Damjan colaborates with many different Croatian bands, appears on several festivals and on the national TV HRT shows.

In June 2012. he took part in the project organized by the Triest jazz Academy „Giuseppe Tartini“ and the Italian Agency. The project consisted of the Greek antique music in jazz elaborations and arrangements. After that he performed in Italy, in Tricesimo near Udine and in Greece, in Athens, where he represented Croatia, as a member of this project.

As a long term member of the administrative board and the President of the Musical association „Spinčići“ he played on and lead the organization of of different festivals and concerts in Croatia, Slovenia, Italy, Hungary, Germany, Slovakia, Poland, Holland.

Together with the Musical association he also organized the International brass band festival „Kastav 1999-2006“, and every year there were more than 150 participants and numerous audience.

Since 2012. he has been the artistic director of the international jazz festival „Jazz Time“, Rijeka.

„GIIPUJA“ is his CD in edition of the Aquarius records (2012). After the promotion of the CD, many successful critics followed and the performance on one of the best jazz festivals in Croatia, Jazz,hr/spring as well as the performing on the national TV HRT. He is preparing for the summer tour throughout Croatia and he will present the material from his CD. Show less 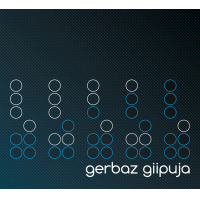 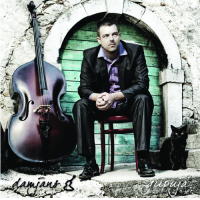 All About Jazz musician pages are maintained by musicians, publicists and trusted members like you. Interested? Tell us why you would like to improve the Damjan Grbac musician page.