Of Caribbean origin, Chyco Simeon spent his childhood in Montrouge, in the southern suburbs of Paris. His music-loving father passed on to him, instilled in him his passion for music, jazz, salsa, classical and, of course, the music of his original land, the Caribbean. Listening to these varied sounds, little Chyco opens up multiple melodic spaces that will no doubt influence his career, his tastes and his creations. In 1982, this self-taught and talented musician moved to his mother's home in Martinique, a beneficial homecoming that would bring him sunshine in the body, swing in his rhythms, new inspirations and fruitful encounters. After testing the guitar, keyboards and drums, Chyco Simeon puts his alert fingers on the bass, which will then become his favorite instrument. While studying in high school, he became a bass player for a group called “Sunshine”. The formation is as short as it is popular and is made up of Tony Chasseur, Pipo Gertrude, Eric Bonheur, Philippe Joseph, instrumentalists and performers, sure values ​​of today's musical landscape.

But it was not until 1984 that Chyco Simeon's career gained momentum within the “Crystal” group. His first composition is a hit broadcast frequently on the air. The bass player quickly became a reference, invited to participate in the studio in numerous recordings with some of the big names in West Indian music. These include: Simon Jurad, Gertrude Seinin, or Fal Frett from the pillars / pioneers of variety and jazz. Georges Debs, Kassav's first producer, allows him to assert himself as a bass player, composer and director. In 1990, Michel Alibo convinces him to return to Pari, where the new musical generation of the Antilles lives, works and takes off. Chyco Simeon will compose for pretty voices from the zouk, Tatiana Miath, Tony Chasseur and Pipo Gertrude. A year later, he tackled with sensitivity, other harmonic shores, funk and R’nB through the late Serge Ponsar (the golden voice), in collaboration with Arnaud Aubaille and Romano Mussumara. While continuing to compose for Hasheem, Omar Chakil. Chyco Simeon created in 1996 “Washa”. a Creole onomatopoeia full of punch, as one of the titles he will compose and direct, entitled “Tant De Combats”.

His album “Finally” traces his furrows in new sounds, Caribbean hip-hop jazz and his opus “Roots Mwen” earned him, in addition to the enthusiasm of the public, the recognition of his peers, including the fabulous Marcus Miller who never runs dry no praise for it. His 3rd album “Ozanam” is a vibrant and rhythmic tribute to the city where he grew up, a popular suburb of Scoelcher in Martinique. It is built on the fusion of genres, like a tasty melting pot, like his eclectic career. It is then placed in the “Caribbean Urban Jazz” category. The Simeon style was born. He will register today, on a 4th work, where maturity, technicality, diversity, passion will combine to open us to the new horizons of Chyco Simeon. A pledge of happiness, surprises and wonder. “99%” Chyco Simeon's new work turns to society by making a close-up of the indignant ... Show less 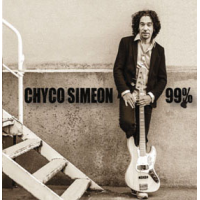 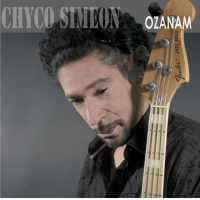 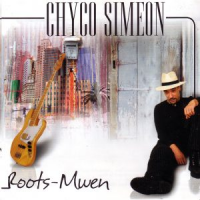 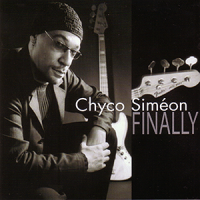 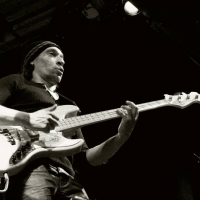 All About Jazz musician pages are maintained by musicians, publicists and trusted members like you. Interested? Tell us why you would like to improve the Chyco Siméon musician page.