Christian Frank began his musical career in Århus City and has been an integral part the Copenhagen jazz community since he graduated from the Royal Academy of Music. Christian has performed at almost any jazz club and blues club in Denmark, and has recorded with singer Franck White and with his own quartet. Since 2010 he has toured and recorded with the latvian saxophonist, Deniss Pashkevich.

His lates CD is with the trio ”The Bridge” from 2013. He has played with artists like the swedish pianist and composer, Lars Jansson, and is regularly heard with the danish upcomming saxophonist, Jan Harbeck. Christian has composed for the BSD&B Big Band in Århus and is constantly composing for new projects. Christian is also an innovative prject manager and has set up several projects involving different styles of music e.g. the website:Kontorkoncerter.dk

Christian Frank guitar
«That’s not about the place or some apparently inevitable reflection of the geography and climate within the composition and performance. It’s about the people – and it’s about the ways in which those people approach the making of music.

Some inspiration is drawn from lived experience and, more importantly, because people who live near each other are inevitably exposed to each other’s ideas, because they collaborate and share the context of a particular musical scene, some tropes propagate.» — Andrew Dubber (professor, researcher, record producer, label owner, music writer) 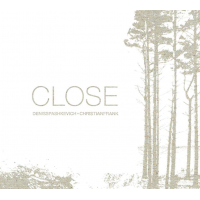 All About Jazz musician pages are maintained by musicians, publicists and trusted members like you. Interested? Tell us why you would like to improve the Christian Frank musician page.