Chris Wallace is a drummer and composer originally from Regina, Saskatchewan. Between 2002 and 2013 he lived in Edinburgh, Scotland and was a central figure in the Scottish jazz community.

Chris is now based in Toronto, Canada.

Chris has just released the “Many Names” EP, recorded Dec 6, 2015 in Toronto ON. Canada. Showcasing his new compositions and paving the way for the quartet's first full length album in 2016. The band features award winning Canadian jazz musicians: Jeff King on tenor sax, Adrean Farrugia on piano and Dan Fortin on bass.

Best known for his work with the trios NeWt (Scottish Jazz Ensemble of the year 2012) and Breach, Chris has also released his own quartet album “Looking Glass” under the band name Loose Grip.

Chris has worked in a wide variety of settings over the years. In the 1990′s he moved to Atlanta, GA, USA to work with underground American prog rock band Timothy Pure. The band released 2 acclaimed albums and toured Western Europe 3 times sharing stages with Uriah Heep, Asia, Saga and members of King Crimson among others.

During this period Chris was also a member of the Canadian indie pop group Blinki, one of Canada’s hardest touring bands of the year 2000, playing over 200 shows on a 7 month coast to coast Canadian tour.

In December of 2002 Chris left Vancouver to live in Edinburgh, Scotland. Upon arriving he began gigging on the local scene immediately. He toured to Spain and Denmark with Scottish celtic rock legends Wolfstone, and became a member of jazz/hip hop crossover group Live Sciences, recording the album “Bohemian Raps”.

Becoming more active on the jazz scene, he began performing with many of the nation’s top players such as Graeme Stephen, Paul Harrison, Phil Bancroft, Steve Hamilton, Kevin Mackenzie, Mario Caribe and many others. As a sideman he performed with international artists such as Jamie Oehlers, Jim Mullen, Silke Eberhard, Alan Barnes, Louis Durra, Damon Brown, Ulf Wakenius, Anders Bergkrantz and others.

In 2010 Chris was one of 5 Scottish jazz musicians selected to participate in “Air Time”, a professional development opportunity produced by Serious Music in London and supported by Creative Scotland. He was again selected as part of the “Air Time” third edition in 2012 which focused on composition and specifically writing for orchestral players in a cross-genre format. During the week the group of musicians were mentored by legendary British composer and saxophonist John Surman and the conductor of the BBC Symphony Orchestra and others, Howard Moody.

In 2011 Chris composed and performed the drums/percussion score for the re-mounting of the legendary Scottish play The Hard Man by Tom McGrath and Jimmy Boyle. This bold re- imagining of the original toured all over Scotland to rave reviews.

“Phillip Breen’s handsome production, is set to a live score of cymbal ticks and drum rolls, turning the everyday dialogue into syncopated jazz poetry.” The Guardian

Later in 2011 Chris travelled to Hong Kong with Scottish singer Julienne Taylor to record the DVD “Live at the Lyric” for Evosound/Linn Records. Chris then toured Scotland with Graeme Stephen’s quintet performing his original score to the classic silent film “Sunrise”.

In 2012 Chris toured Scotland with Scottish vocalist Niki King in support of her album “It’s all Good”.

In 2013 Chris toured Australia with Melbourne cabaret superstar Ali McGregor. He provided drums for composer Matilda Brown’s original musical score for the site specific theatre production “This Town” set in an old Jute mill in Dundee, Scotland. He recorded as a member of Graeme Stephen’s quartet on the album “Tilt” , in quintet format for the “Sunrise” album and with Graeme Stephen’s trio for his score to Murnau’s legendary silent film “Nosferatu”.

Since his arrival in Toronto in December of 2013, Chris has been performing with many of the city's top jazz musicians including: Adrean Farrugia, Steve Amirault, Don Scott, Harley Card, Chris Gale and others. He is busy forming a Canadian version of the Chris Wallace Quartet in order to debut brand new music soon.

“It could be the best and most fearless contemporary jazz unit to come out of Scotland.” Selwyn Harris – Jazzwise

“Many of the compositions are by Wallace, showing a rare melodic sense as well as his evident propulsive skills.” David McNally – The Skinny 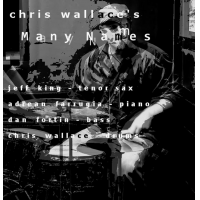 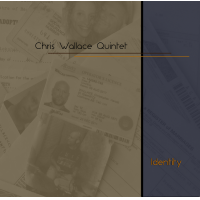 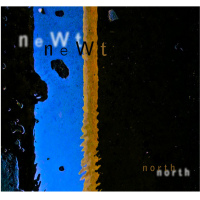 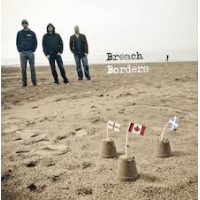 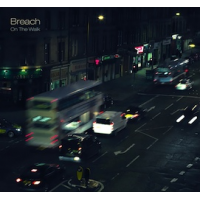 Breach "On the Walk" 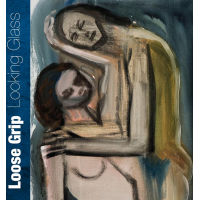 From: Many Names
By Chris Wallace

From: Identity
By Chris Wallace

All About Jazz musician pages are maintained by musicians, publicists and trusted members like you. Interested? Tell us why you would like to improve the Chris Wallace musician page.