Chris Buzzelli began playing guitar in 1968 at the age of 9. While still in high school, he began teaching and playing professionally. Around that time he also started to become interested in jazz. After studying with a few teachers in his hometown of Trenton, New Jersey, Buzzelli enrolled at Trenton State College (now the College of New Jersey) where he majored in classical guitar and studied with Alice Artzt. He also studied in Philadelphia with the great teacher Dennis Sandole during that time. After completing a Bachelor of Arts degree in classical guitar performance, he attended graduate school at North Texas State University (now the University of North Texas) where he studied with guitarist Jack Petersen and was a recipient of scholarships in both jazz and classical guitar and a member of the prestigious One O'clock Lab Band. In 1983 he completed a Master of Music Education degree with a specialization in jazz education.

In 1984, Buzzelli joined the faculty of Bowling Green State University where he continues to serve as Professor of Music and director of the guitar program. A number of graduates of this guitar program have gone on to direct guitar programs at other major universities. In addition to his responsibilities for teaching jazz and classical guitar, he has taught in the areas of jazz history, arranging, pedagogy, and small jazz ensembles. He has written articles for Jazz Educators Journal, Just Jazz Guitar, and American String Teacher, and has a number of projects published, or soon to be published by Mel Bay Publications. His publications of arrangements and original compositions for jazz guitar ensemble are played by ensembles around the world. On the campus of Bowling Green State University, Buzzelli has performed with artists such as Joe Pass, Herb Ellis, Cal Collins, Mike Stern, Tal Farlow, Jack Wilkins, Randy Johnston, Joshua Breakstone, Mark Elf, Frank Vignola and Gene Bertoncini. In 1993, he was asked to appear on the Schoolkids' Records debut of organist Winston Walls, “Boss of the B-3”, which also featured the legendary Jack McDuff. This eventually led to his first release as a leader, “What Goes Around”, where he is featured in solo, duo, and trio settings on both six and seven string guitar. He has also done some recording for American Archtop Guitars, and the Just Jazz Guitar, Vol. 1 compilation.

Buzzelli maintains an active playing schedule, mostly in the Northwest Ohio area, but has also played in some nationally recognized venues including the Classic American Guitar Show in Long Island, New York and the Chet Atkins Appreciation Society event held each summer in Nashville. Since 1995, Buzzelli has been playing 7 string guitar. His primary jazz guitar is an American Archtop made by Dale Unger and his primary classical guitar was made for him by Gary Zimnicki. He is currently working on another CD, as well as continuing to teach and write. Show less 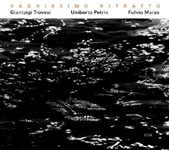 I Can Pick My Friends

I Can Pick My Friends

All About Jazz musician pages are maintained by musicians, publicists and trusted members like you. Interested? Tell us why you would like to improve the Chris Buzzelli musician page.