Chiara is an award-winning jazz singer-songwriter from Italy who has been based in New York City since 2014, three years after Quincy Jones awarded her first prize in the 2011 Montreux Jazz Festival Vocal Competition. In April 2020 she also won one Independent Music Award for Best Jazz song with Vocals with her composition “Circles Of The Mind”. Since arriving, she’s become one of New York’s busiest vocalists, having had already the chance to perform in prominent venues like Iridium, Birdland, The Blue Note, The Kennedy Center, Smalls, 55 Bar, sharing bandstands with such luminaries as Kevin Hays, Leon Parker, Ken Peplowski, Diego Figueiredo, Jeff Hamilton, Aaron Goldberg, Bruce Barth, Eliot Zigmund, Warren Wolf, etc.

Chiara first documented her formidable talents on her well-received 2013 debut album, Motifs (Dot-Time), singing in English, Italian, Spanish and Portuguese on an 11-track program that spanned the American and Brazilian Songbooks, Tango, high-level Euro-Pop, and Mainstream Jazz Vocalese and Scat. She navigates each idiom fluently, on its own terms of engagement, displaying her prodigious vocal instrument, refined musicianship, inherent soulfulness, and ability to convey both emotional transparency and ebullient swing. In an All About Jazz review Michael Bailey praised Chiara as “a force of nature,” while in Jazz Times Travis Rogers described her as “a talent to be heard, admired and anticipated.”

How that talent has evolved and blossomed since Chiara moved to New York is apparent on her 2019 release, Across The Sea (Jando), a cooperative project with pianist Kevin Hays who says about Chiara: “There was a sense of sincerity and honesty — a lack of artifice. She has an inner strength that I think is rare”. Delivering a vocal that carries a warm, Mediterranean quality Izzi acknowledges that Kevin’s playing brings out her best assets as a storyteller, musician, and human being. “It’s very important for me to make music as a peacemaker, to work creating bridges between different worlds, to put different cultures in communication starting from the music.” says Chiara. Her future projects include a prospective album of Izzi’s original music with her band, and a forthcoming duo album on Dot Time Records culled from a live recording session in Bremen, Germany, on which she primarily performs songs in Italian and Spanish.

“A force of nature” - Michael Bailey, All About Jazz.

”A talent to be heard, admired and anticipated” - Travis Rogers, Jazz Times 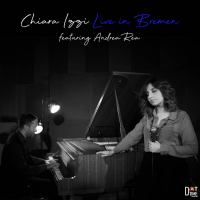 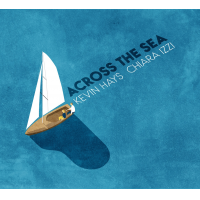 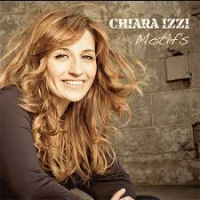 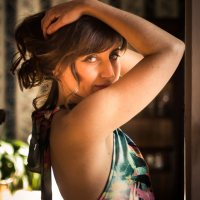 All About Jazz musician pages are maintained by musicians, publicists and trusted members like you. Interested? Tell us why you would like to improve the Chiara Izzi musician page.