“There’s this sound I hear in my head, I get really close, but I can never quite attain it. It's hard to say, it’s hard to verbalize, but it's a pretty fun time to be a guitar a young guitar player right now.”

An arc of mystery and music stretches across America like a vein of gold, an eternal blue highway that grows mired in fable as time both adds to and erases it. What Greil Marcus called “the old, weird America” can be heard in the music of Robert Johnson and Santo and Johnny and Tammy Wynette and Duane Allman, from the dark underbelly birthed in New Orleans that extends across the plains from Bakersfield, California, to Macon, Georgia; from Roscoe Holcomb’s “high lonesome sound” to Bob Dylan’s “wild mercury sound.” And it can most definitely be heard in the reflective, lightning-flash-of-brilliance that is the music of 29-year-old Charlie Ballantine.

Born in the American heartland of Indianapolis, Indiana, Ballantine’s quicksilver guitar is all Fender Telecaster flux and flow, Deluxe Reverb danger and drive. Ballantine has two current releases: Life Is Brief: The Music of Bob Dylan and Where Is My Mind?, with two albums prior, all drawing from music and experiences documented long before he was born. Son of a blues guitarist who frequented “Indy’s” club circuit in the ‘70s and ‘80s, Ballantine has inherited the sound of the wind roaring across the plains, the desert heat of Route 66 and the lush colors of the Appalachian mountains. Balllantine’s guitar is spectral and haunting, his music an evolving tale of a young journeyman with big ears.

“I've always been attracted to the guys on the outskirts,” Ballantine says from Indianapolis. “Like John Scofield, Bill Frisell, and Jeff Beck; you can call the first two jazz, but a purist might disagree. And I like using distortion and delay and [different] vocabulary, not necessarily playing straight bebop. That’s what’s I’ve always loved, guys who are unique in their approach and who have their own voice.”

Ballantine’s guitar sound and musical concept is majestic, sometimes as blinding as a setting sun yet hinting at the unknown, a dark Americana whose remnants remain if you know where to look. That Ballantine is exploring singular music is a given. Growing up in a musical household, Ballantine was exposed early on to the pop greats, but also the sounds of jazz, blues, pop and rock.

“My parents were born in the 50s,” Ballantine explains. “So I grew up kind of listening to the Beatles, Beach Boys, the Band. I have Sergeant Pepper on one shoulder and Wes Montgomery on the other shoulder, and Hendrix too. So I have all these things, these influences I'm trying to make sense of and give a sense of continuity.”

In Life Is Brief’s opener, “The Times They Are A’Changing,” Ballantine’s intent is clear: the terrain may be familiar but the ground is new. Firing off harmonics and cascades of reverb and delayed fire, the song rolls out like a confession.

“That song was the one of the biggest struggles,” Ballantine confides. “Not burying these songs that I love so much in improvisation or in traditional improvisation with a solo section here and then we play the out head was a goal. With that one I didn't want anyone to solo. I just wanted us to have open sections where we lift the song somehow or we improvise in a non-traditional way to maintain the integrity of the music we're playing.”

“It's one of my favorite lines from ‘Tears of Rage,’ best known from The Band’s Music from Big Pink. That's the last line in the song. It’s a really effective line and it's ironic, because I thought of it when I was going through Dylan's albums. I listened to everything of Dylan’s I could find for about six months. It was just amazing to go chronologically through all the all his music.”

Ballantine’s 2017 release, Where Is My Mind?, is titled for the Pixies song of the same name; the album also offers original material and some startling covers. “Wayfaring Stranger” is a favorite. It’s like Ballantine is channeling the past as the living and the dead intermingle in some deranged night vision. Guitar loops cut through the fog, gentle picking states the melody, the improvisation peels back time.

“It’s a traditional 19th Century song,” Ballantine says. “I heard a Charlie Haden version where he sings it with an orchestra. I started playing around with delay pedals trying to simulate a string sound or some kind of texture that I was hearing in my head. That was the genesis of that, really digging into his version and trying to come up with something of my own.”

The gently flowing, swinging “Hallways” teeters between hard bop and Irish folk song. “I had that guitar line kind of working in my head, playing around with the open strings and then figuring out what to do with the chords. It’s this long minor blues form, and we made it into up-tempo swing. It started with me playing around in a flat minor key. When I give that to musicians to play, they’re like What is this? It's a pretty unfriendly key but it has some cool open string possibilities on guitar.”

“I threw in the guitar because the Pixies version actually has some cool tape rewinding sounds. There's a lot of cool echo and amazing textures. I wanted to pay homage to the amazing arrangement in their version.”

“I was 15 when I got my first guitar,” Ballantine recalls. “I picked it up and it felt more right than like anything else I’d done in my life. It’s fits really well. I've always loved guitar and guitar players.”

Scott Ballantine, Charlie’s dad, fixed his son up with the best: “a handful of CDs by Stevie Ray Vaughan, Jeff Beck, Wes Montgomery. I really obsessively listened to Hendrix’ Axis Bold As Love. It has incredible songwriting but also this virtuosic guitar playing on every song. I've always loved great guitar players, but when matched with a beautiful song that's the perfect storm and on that record that’s exactly what Hendrix does.”

When not playing and practicing, Ballantine followed his dad from club to club.“Being old enough to see my dad play a trio gig at a blues club when I was 15 or being able to sit in the back and watch him play, it was pretty awesome. It took me that long to appreciate that I was watching some really heavy musicians. It was contagious for me.

“He’d give me a lesson every few months,” he continues, “more importantly, he gave me all the right things to listen to. Then he showed me the guitar player’s guitar players like Danny Gatton and Roy Buchanan, and Guthrie Trapp and Johnny Highland, modern Nashville players we still go to see.”

As well as Life Is Brief: The Music of Bob Dylan, and Where Is My Mind?, Ballantine has released Providence and Green.

Ballantine graduated from Indiana University in 2013 with a degree in Jazz Studies; he currently teaches guitar performance at Marian University in Indianapolis.

Currently working on an album of original material, Ballantine continues to tour the Midwest, listening and watching, following the muse. What’s he listening for? Show less 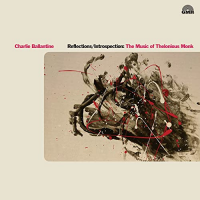 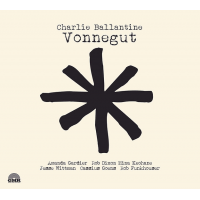 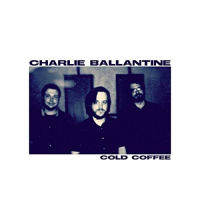 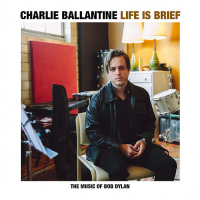 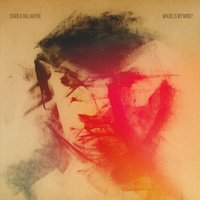 Where Is My Mind?

All About Jazz musician pages are maintained by musicians, publicists and trusted members like you. Interested? Tell us why you would like to improve the Charlie Ballantine musician page.