Bryan J Hughes is redefining the premise of ‘what was’ into ‘what IS’. Bryan’s focus is on revitalizing sounds from the past into music unbound by generation or musical genre. His songs are composed to ignite feeling, vibrate the soul, and move through time in order to connect the listener to long forgotten memories or an unimagined future.

In the early 1990’s, Bryan moved to New York City to pursue a career in music. His style evolved as he worked with experienced artists from varying backgrounds and musical genres. He was fortunate to write with smooth jazz artists of the time such as George Jinda and Chieli Minucci of Special Effects. He also had the great fortune of working with Earnie Lake, Bobby Guy and Hex Hexter of Soul Solutions – three of the biggest remixers of the 2000’s. Bryan also befriended Christoph Spendel, with whom he enjoys a lifelong friendship and who gave Bryan his first writing credits on the smooth jazz CD Out of Town, released in 1995. These experiences helped refine Bryan’s arrangement and production skills.

Through years of playing, exposure to the music industry, and working relationships with expert musicians, Bryan cultivated his own artistic style, refined his lyric and music compositions, and progressed to working on his own music. Notably and simultaneously, he continued to play in numerous original bands with other musicians trying to make a mark in the NYC club scene. Like other committed musicians at the time, Bryan’s typical Friday or Saturday evening consisted of one-hour sets in three separate venues including popular clubs such as CBGB’s, the Bitter End, Cafe Wa, and the Bottom Line. This era marked a great time in Bryan’s life during which he enjoyed playing and preforming live while gaining valuable experiences and insights from and with a wide variety of musicians.

Wanting to return to his roots, Bryan moved back to Florida to embark on a solo project, allowing him to apply acquired skills and to explore new ideas. Through a collaborative partnership with Scott Rogness who wrote “That Thing you Do”, which was featured in a movie of the same name, Bryan released his CD The Distance in the spring of 2008. Bryan and his writing partner Howard Kleinfeld were competitively selected to score the TV series Will to Live and, later, the 2013 made for television movie It Was Him or Me.

Having developed a knack for writing and arranging songs and jingles, Bryan felt compelled to return to his love of singing. He formed a jazz trio in the Tampa Bay area. Focusing on the music that had influenced him from an early age, he dove into the American Song Book titles and began performing at local jazz clubs. As he gained recognition and his popularity grew, Bryan was soon recruited to front jazz orchestras including Helios, Summit, and the Sarasota Jazz Orchestra. These performances allowed him to further perfect his voice and carve out a niche for his talent.

In 2013, Bryan began singing with musician John Lamb, formally of Duke Ellington Band, as well as the Nate Najar Trio. In these musically based relationships, Bryan learned the power of singing from the Great American Songbook. From John Lamb, who was involved in the inception of the early songs, Bryan learned the importance of simplicity and the perfection in basics of chords and melodies. He came to recognize that listeners are overwhelmingly receptive to melodic songs that tell stories, are relatable, create feelings, embed memories, and leave them with a sense of musical elation.

Bryan’s passion fueled his return to the studio to create his latest work,”Could This Be Love,” a compilation of jazz and 70’s soul that captures his life-long love affair with the music that has shaped his sound. 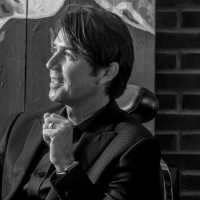 All About Jazz musician pages are maintained by musicians, publicists and trusted members like you. Interested? Tell us why you would like to improve the Bryan J. Hughes musician page.