Born and raised in the Bronx, NY, trumpeter Bruce Harris has earned a reputation as one of the most important and emerging voices in jazz today. Harris’s love for music began in his home where the sounds of his grandfather’s alto saxophone and New York's storied music traditions of bebop and hip-hop consumed him. Inspired by acclaimed director Spike Lee’s “Mo Better Blues,” Harris became enamored with the trumpet and at the age of 13 his musical journey started. Heavily influenced by Charlie Parker, Miles Davis, Clifford Brown and Dizzy Gillespie, Harris performed in the “Essentially Ellington” jazz band competition as a high school junior, earning the opportunity to play alongside famed trumpeter and jazz historian, Wynton Marsalis. Harris went on to earn a Bachelors Degree and Masters Degree in Jazz Performance at the Conservatory of Music at Purchase College, where he was mentored by trumpet virtuoso, Jon Faddis.

Bruce Harris’s professional career as a performer has been defined by his infectious joy, undeniable passion and youthful energy. His chops were honed in many of New York's premier music venues and jazz clubs such as Smalls, Smoke Jazz Club, Dizzy's Club Coca-Cola, Ginny’s Supper Club, Minton’s, Rockwood Music Hall, among others. Harris has made appearances on CBS’s The Late Show with Stephen Colbert and NBC’s The Tonight Show with Jimmy Fallon. In addition, he has appeared alongside a long list of legendary performers, including Wynton Marsalis & the Jazz at Lincoln Center Orchestra, Dave Brubeck, Billy Taylor, The Count Basie Orchestra, Michael Feinstein, Barry Harris, Roy Hargrove, and Tony Bennett. In 2013, for Ebony Magazine, Wynton Marsalis highlighted Bruce as one of the five important young jazz musicians you should know.

In addition to well established reputation on the international jazz scene, Bruce Harris has made a name for himself in various musical worlds. Harris has been featured in two Broadway shows; After Midnight (2013) and Shuffle Along (2016), performing with the likes of Fantasia Barrino, Patti Labelle, KD Lang, Tony Braxton, and Audra McDonald. Harris has also compiled an eclectic list of collaborations with notable artists including Lady Gaga, Rihanna, Steve Martin, Seth MacFarlane, Prairie Home Companion, Harry Connick Jr, and hip-hop artist DJ Premiere. Harris’s career spans the globe, having completed multiple international tours as a performer and educator across Europe and Asia. 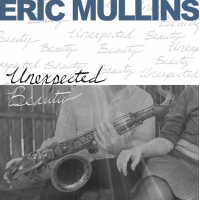 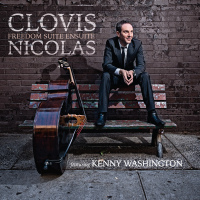 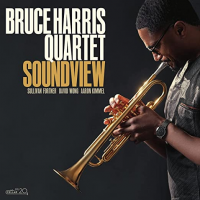 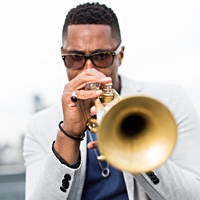 All About Jazz musician pages are maintained by musicians, publicists and trusted members like you. Interested? Tell us why you would like to improve the Bruce Harris musician page.