Brian's latest release, Butterfly Rapture, is a collection of twelve solo piano neoclassical pieces with jazz, gospel, and Celtic influences. The album, Kelly's third studio album, was awarded Best Instrumental/Piano Album in the Akedemia Music Awards (February 2016), and was awarded three medals from the Global Music Awards: a Silver Medal for Album (June 2016), a Silver Medal for Composition/Composer of the title-track “Butterfly Rapture” (June 2016), and a Bronze Medal for Instrumental Performance Solo (March 2016). Butterfly Rapture was nominated 2015 “Contemporary and Modern” Album of the Year by SoloPiano.com and “Piano Escapade,” the opening track, was nominated for a 2016 Hollywood Music in Media Award (HMMA) in the New Age/Ambient category. The album charted #4 on the Zone Music Reporter Top 100 Radio Airplay Chart in January 2016.

Brian’s previous album, Afterplay, was awarded second place in the “Best Instrumental Jazz Album” category of the Just Plain Folks Music Awards; and "Celtic Fire," track #8 from the album, was nominated "Best Instrumental Jazz Song." Afterplay ranked third on the New Age Reporter Top 100 Radio Chart for three months in a row (November 2008 thru January 2009) and was chosen as a “Best of 2008” pick by Audiosyncracy. The album features Eric Crystal on sax, David Rokeach on drums, and Viviana Guzman on flute.

Brian's debut album, Pools of Light, charted #1 on the Zone Music Reporter radio charts for two months in a row (June and July 2005) and garnered him a “Best New Artist” nomination in the 2005 Lifestyle Music Awards. Pools of Light was voted Top 10 Best New Age Albums of 2004 by Kathy Parsons of Solo Piano Publications.

Born in New York City, Brian grew up in Palo Alto, California. He began his piano studies at age 8, creating pieces for his mother who played classical piano at home and violin for a community opera company. Brian has extensive experience as a stage actor and singer, having performed in numerous plays and musical theatre productions, including several leading roles at TheatreWorks and the Palo Alto Children’s Theatre. He studied music composition with Roland Wiggins at Hampshire College and Lewis Spratlan at Amherst College; improvisation with members of the world-fusion group Oregon (Ralph Towner and Paul McCandless) and pianist Art Lande at the Naropa Institute in Boulder, Colorado; and jazz piano with Andy Laverne in New York City.

Brian is a graduate of Hampshire College, a voting member of The Recording Academy, and currently resides with his wife and their two tuxedo cats in the San Francisco Bay Area.

"Pianist Brian Kelly continues his exploration of modern and smooth jazz music with a brilliant performance on Afterplay, a session of soft flowing grooves and a New Age sound culminating in one of the more unique jazz albums around."
- eJazzNews.com
————————
"the swing and complexity of melodic jazz and the studio precision of Steely Dan... make a confident statement."
- East Bay Express
————————
"Brian Kelly follows his brilliant debut release POOLS OF LIGHT with yet another outstanding, compelling collection of originals... The musical integrity and lyrical sensitivity that Mr

"Pianist Brian Kelly continues his exploration of modern and smooth jazz music with a brilliant performance on Afterplay, a session of soft flowing grooves and a New Age sound culminating in one of the more unique jazz albums around."
- eJazzNews.com
————————
"the swing and complexity of melodic jazz and the studio precision of Steely Dan... make a confident statement."
- East Bay Express
————————
"Brian Kelly follows his brilliant debut release POOLS OF LIGHT with yet another outstanding, compelling collection of originals... The musical integrity and lyrical sensitivity that Mr. Kelly brings to the table for his projects is clearly evident on this release. At a time when commercial Smooth Jazz too often heads in the direction of cliché, Brian Kelly’s AFTERPLAY is a refreshing example of how we can keep this music genre exciting and vibrant!"
- SmoothJazz.com
————————
"There is a sense of raw and unadulterated joy in the playing that escapes many artists. You'll definitely want to keep your ears on this gent. He'll be at the top of the charts before you know it ... Grand energy and style that gets a HIGHLY RECOMMENDED from me - very impressive!"
- Improvijazzation
————————
”A talent worth watching” - Keyboard Magazine
————————
“...POOLS OF LIGHT is a lush, sparkling journey into a beautiful world of elegant melodies and brilliant artistry. The music rises and falls in powerful, yet gentle, waves of emotion... a totally captivating collection of original compositions…”
- SmoothJazz.com
————————
“Kelly's music has that wonderful dream-like quality that comes out of the mist and pulls you towards the light”
- New Age Reporter
————————
“The CD has a wonderful flow and cohesiveness, creating an uplifting and relaxing musical experience... Very highly recommended”
- Kathy Parsons, MainlyPiano.com 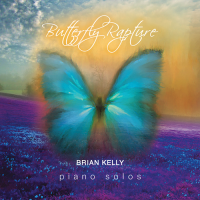 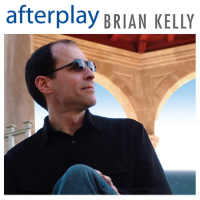 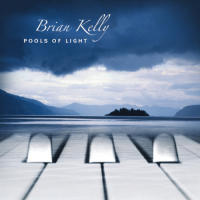 All About Jazz musician pages are maintained by musicians, publicists and trusted members like you. Interested? Tell us why you would like to improve the Brian Kelly musician page.