Versatile and melodic, from Jazz to Pop and Broadway to Classical, the lilting voice of Coloratura Soprano Bonnie Bowden has graced stages and media across the globe. Bonnie began singing at the age of three. Throughout her Texas childhood she performed in schools, churches, talent shows and beauty contests. Her budding talent and promising young spirit were recognized with Duncanville High School accolades as a four time gold medalist in Solo Classical Performance in the University of Texas Austin Interscholastic League competitions. Bonnie’s first professional singing job was at Six Flags Over Texas. Moving to California, she landed a solo position at Disneyland on the Sound Castle Stage in Tomorrowland. From there she joined Sergio Mendes and toured the world many times over with Brasil 77 and Brasil 88. Her TV credits include several appearances on Johnny Carson, Merv Griffin, Mike Douglas, Dinah Shore and the Midnight Special. Throughout her career she has had the opportunity to work with a wide variety of music legends. Among them are Antonio Carlos Jobim, Michel LeGrand, Stevie Wonder, Dori Caymmi, Bones Howe, Bob Alcivar, Dave Grusin, Steve Allen, Frank Capp, Dizzy Gillespie, Duke Ellington, George Duke, Hubert Laws, Paul Smith, Dave Pell, Med Flory, Chuck Berghofer, The Mills Brothers, Steve Lawrence, Eydie Gormé, Tom Scott, Sergio Mendes and her husband guitarist David Amaro www.DavidAmaro.com. Equally at home on stage or in studio, her vocal solos have been featured on many recordings throughout the years. A multilingual performer, she sings in French, Italian, German, Spanish, Japanese, Latin and Portuguese. Her recording of Victor Herbert's "Indian Summer" arranged by the legendary Sammy Nestico and was nominated for a GRAMMY® in the Best Female Pop Vocal category. She currently sings with big band jazz orchestras, small jazz groups, symphony orchestras and performs a one woman show featuring a variety of music from the Great American Songbook to Broadway to Opera. 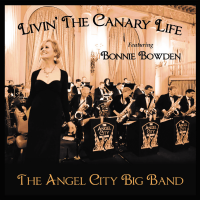 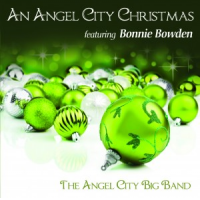 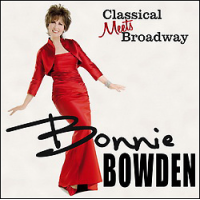 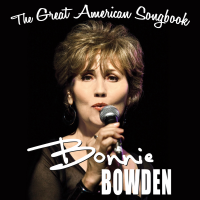 All About Jazz musician pages are maintained by musicians, publicists and trusted members like you. Interested? Tell us why you would like to improve the Bonnie Bowden musician page.