Bob’s reputation as an educator has earned him many awards, including “Teacher of the Year”, “Jazz Educator and Performer of the Year”, and “Colorado Jazz Educator Of The Year”. In 2004 Bob was awarded the Bethany College Alumni of Merit Award for distinguished service in the Arts and in 2007 was inducted into the Garden City, KS (his home town) Hall of Fame. In 2012 the Five Points Jazz Festival honored Bob for lifetime contributions to the development and appreciation of Jazz. Bob has served both Kansas and Colorado as State IAJE President, and has directed All-State Jazz Ensembles in Colorado, Kansas, Arizona, Iowa, and Oklahoma

. Bob was founder and director of Clark Terry’s All American Jazz Camp and Rich Matteson’s Mile High Jazz Camp. He is Executive Director of Colorado Jazz Workshops, Inc., founding board member of the “Colorado Gift of Jazz”, advisory board member of the Telluride Jazz Celebration, and a member of the board of trustees for the International Foundation for Jazz. Bob is founder and director of the Telluride Student Jazz All-Star program held each year at the Telluride Jazz Celebration. This program has helped hundreds of young jazz musicians enter the world of jazz as professional performers. Bob is an international artist/clinician for the P.Mauriat Musical Instrument Company and plays the 700 and 700R Trumpets. Show less 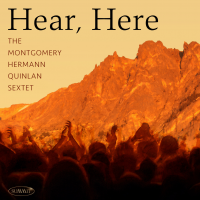 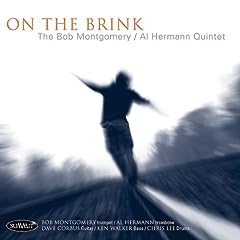 From: On the Brink
By Bob Montgomery

All About Jazz musician pages are maintained by musicians, publicists and trusted members like you. Interested? Tell us why you would like to improve the Bob Montgomery musician page.