The Berlin based Black Milk Impulses consists of three, innovative and intrepid musicians who share a unique artistic vision. The band’s pianist, Australian Leo Auri coined the sobriquet in 2011 in occasion of a live performance of the band for an art installation’s finissage at the Nationalmuseum in Berlin. The ensemble then included Italian drummer Gianpaolo Camplese , Japanese Shakuhachi (traditional bamboo flute) player Sachio Suginuma and Italian guitar player Stefano Ferrari. After Suginuma permanently relocated to Japan, Auri and Camplese continued on as a duo, experimenting with various musical enhancements such as the inclusion of electronics and sampled sounds. In 2012 they self-produced two EPs titled Bubbly and Monolike.

Auri and Camplese met while working together in Berlin in 2009. After a while they formed their own trio, Wine for Breakfast, which quickly progressed from playing solid but “traditional” jazz to freer more spontaneous and explorative sounds. It was an unforeseen occurrence at the, now defunct Alba Adriatica Jazz Festival, in 2010 that cemented the duo’s musical direction. Camplese invited his old friend, Matteo Anelli to fill in for their regular bassist, who bowed out the very last minute. As the men had not time to rehearse together and did not want to resort to interpreting standards they improvised the majority of the one hour set incorporating only very short snippets of arranged melodies and themes into their performance. The result was a resounding success with the festival audience. Back home, after trying out a few other bass players Auri and Camplese decided to abandon the bass in favor of another, unique sound hence Suginuma’s initial sojourn with the trio and their current collaboration with German trombonist Gerhard Gschlößl.

Gschlößl shared Auri and Camplese’s creative outlook and was able to enhance it by imaginative and fresh ideas. The result is spontaneously created haunting, edgy yet intensely melodic music. Fragments of tunes and motifs from Auri’s book of arrangements embellish and temper the raw viscerality of the extemporized music. 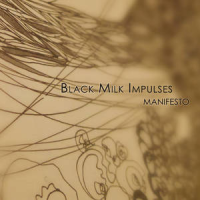 All About Jazz musician pages are maintained by musicians, publicists and trusted members like you. Interested? Tell us why you would like to improve the Black Milk Impulses musician page.