If you hang around guitar players enough the name Billy Bean eventually comes up. He is talked about in the same context as the great guitar players who came up in the 1950's like Johnny Smith, Jimmy Raney and Jim Hall. But, when you try to find examples of his recorded work you quickly learn there are few examples and they are difficult to find. At that point you might start to wonder how much of what you hear about this guitarist is myth and how much is real. Then you find and hear a Billy Bean guitar solo and you immediately realize why this guitar player is held in such high esteem by other guitarists.

Billy Bean got his start on the guitar in his hometown of Philadelphia. By the time he arrived in New York his reputation as a first rate musician and guitarist was already established. There he began working with some of the best jazzmen at the time, Bud Shank, Red Callender and Charlie Ventura. He made some of his first recordings with Red Callender around the mid-fifties and then two excellent albums with Charlie Ventura around 1957. It was around that same time that he teamed up with another newcomer to jazz guitar, John Pisano, to make two of the most incredible recordings to come out of that period; Take Your Pick and Makin' It.

Then in the early 1960's Bean made a couple of recordings with Herbie Mann and the standout 1961 LP The Trio with Hal Gaylor and Walter Norris. There are also some very rare recordings of duets Billy Bean made with Dennis Budimir that have been released on the String Jazz label in England.

Like most of the great jazz guitarists Billy Bean was first a hard working musician who also worked hard to develop a unique voice on his chosen instrument; a voice marked by clearly articulated lines, a solid punch on every note, searing speed and when needed a sensitive melodic clarity. He is quoted in the liner notes of Take Your Pick, when he was 25, "... at this point, the guitar is my best means of expression. On the other hand, the problems you have to overcome on the guitar to play well take much effort and many years of study. I see a lot of work ahead of me!"

Listening to Take Your Pick or The Trio or one of the Charlie Ventura Hi-Fi LP's is an enlightening musical experience that shows Billy Bean overcame any problems he may have had. 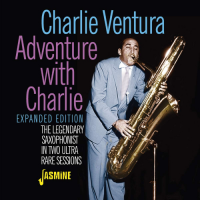 All About Jazz musician pages are maintained by musicians, publicists and trusted members like you. Interested? Tell us why you would like to improve the Billy Bean musician page.