Bill Troiano received his Bachelor of Music Education (BM) degree from the State University of New York at Fredonia in 1973 and a Master of Tuba Performance and Brass Literature (MM) degree from The Eastman School of Music in 1974.

Mr. Troiano retired from the Connetquot School District where he taught middle school/junior high instrumental music from 1980-2007, including concert band, jazz ensemble and lessons. As a guest conductor, Mr. Troiano has conducted various regional honors bands on Long Island and he was a guest conductor of the Huntington Community Band. He has also been an adjunct instructor of tuba and euphonium at C.W. Post College, Queens College, Suffolk Community College and Five Towns College. Before moving to Texas, he also taught all low brass instruments at Chaminade High School.

From 1998-2003, Mr. Troiano was the Music Director of the Students Of Music Brass Ensemble, Inc. This ensemble, comprised of outstanding high school brass musicians from Long Island, performed at Shea Stadium, SUNY Potsdam, the Special Olympics, Lincoln Center, West Point and at various schools, churches, and libraries on Long Island.

Mr. Troiano chaired the SCMEA, DAY OF TUBA AND EUPHONIUM for 32 years, up until he moved to Texas. He was an area coordinator for the New York City Tuba Christmas at Rockefeller Center and he served as chairman of the tuba solo and ensemble section of the New York State, NYSSMA Contest Manual. In 1996, Indiana Press published an international reference book titled The Tuba Source Book. Mr. Troiano completed work as the author of the chapter, Recommended Basic Repertoire For The High School Tuba Student.

As a tubist, Mr. Troiano was a member of the Guy Lombardo Orchestra from 1976-78 where he toured with the band, played New Years Eve shows at the Waldorf Astoria Hotel in NYC and played musicals at the Jones Beach Theater. With that band, he also played at former President Jimmy Carter’s Innaugural Ball. Mr. Troiano also performed with Dr. Harvey Phillips, the late, renowned tuba virtuoso, in Carnegie Hall and at the Mozart Festival in Vermont. As a free-lance tubist, Mr. Troiano has performed with virtually every professional ensemble on Long Island and he was a regular member of the Atlantic Wind Symphony, the Old Bethpage Village Restoration Brass Band and the Long Island Tuba Quartet.

Since moving to Texas at the end of 2012, Mr. Troiano has been playing with the Cedar Park Winds, and other area ensembles. 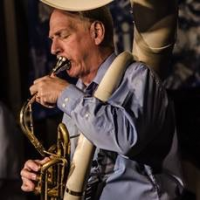 All About Jazz musician pages are maintained by musicians, publicists and trusted members like you. Interested? Tell us why you would like to improve the Bill Troiano musician page.