Biagio Coppa is a saxophonist, composer, conductor, soudpainter and educator.

In recent years, Biagio Coppa dedicated his attention to the modern techniques of expression and composition related to the development of improvised music of Afro American origin. He believes in the importance and necessity of a logical analysis of the musical experience to get the best out of musical mainstream, therefore moving towards a deeper understanding of ancient and recent musical structures and architectures. In particular he studied the possible evolution of Steve Coleman’s musical proposal linked to the M-Base movement, the extension and application of the Harmolodic concept of Ornette Coleman, the organization and development of the sound material in the so called contemporary open forms and the consequence of an accomplished chromatic approach in the creation of an improvised language. He also attributes considerable importance to the influence that contemporary music (with references to Schonberg, Weber, Kagel, Feldman but also Cage and others) could have for the construction of a personal language nowadays: his attempt is in fact to include within the African-American approach the most creative European or more generally Western experience of the 20th century: dodecaphony, seriality, aleatory music, etc.

Since 1997, he is the artistic director of the “Flight Band”, a non-profit organization dedicated to the teaching and evolution of creative music where he plays the role of conductor of the relative stable orchestra. With the Flight Band he realized several projects where he not only curated the musical aspects and arrangements but also composed original music. In particular, he is actively involved in “synesthesia” projects mostly concerning videos and theatre performances. During live concerts, as orchestra director, he creates real-time compositions applying the “Sound Painting” conduction technique by Walter Thompson. 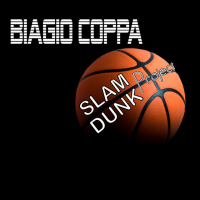 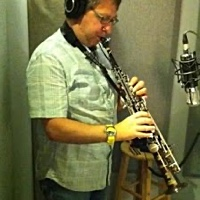 All About Jazz musician pages are maintained by musicians, publicists and trusted members like you. Interested? Tell us why you would like to improve the Biagio Coppa musician page.