Betty Buckley, Tony award winning American theatre, Film, TV star and singer, was born on Big Spring, Texas and brought up in Fort Worth. She is the daughter of Betty Bob, a dancer and a journalist and Ernest Lynn Buckley, a retired lieutenant colonel from the U.S. Air Force and former dean of University of Texas at Arlington and South Dakota State University. When she was a student at Texas Christian University she won the title "Miss Fort Worth" in 1966 and she was the runner up in the Miss Texas contest. After she got her degree from Texas Christian University she worked as a reporter for the Fort Worth Newspaper.

Buckley made her Broadway debut in 1776 in 1969 and has been called "The Voice of Broadway" by New York Magazine. Her rendition of "Memory" in Andrew Lloyd Webber's Cats established her reputation. She is perhaps best known for the 1977��"81 TV dramedy Eight is Enough. She joined the show in its second season when the original star, Diana Hyland, died after the first four episodes of season one. Hyland's character (Joan Bradford) died, and Buckley was cast as the widower's new romantic interest, Sandra Sue Abbott (nicknamed Abby), who would become stepmother of the eight children to which the series' title refers.

Buckley also appeared in the original movie version of Carrie in 1976. She played Miss Collins, Carrie's gym teacher; in 1987, she appeared as Margaret White in the musical adaptation of the film. In 1977, she recorded an uncredited solo on the song "Walking in Space," in the movie Hair.

She played the role of a country singer in Bruce Beresford's film Tender Mercies (1982), in which she sang the song "Over You."

She also appeared in the Woody Allen film Another Woman (1988) and in Roman Polanski's Frantic (1988). In 2001��"03, she played a role in seasons 4��"6 of the HBO series Oz. She also has guest-starred in a number of television series, including Without a Trace, Law & Order: Special Victims Unit, and Monk. She guest-starred in a Christmas special of the TV series Remember WENN, in which she sang "You Make It Christmas." In 2006 she was cast as the family matriarch Iva March/Nora Walker in the unseen pilot for "Brothers and Sisters," with the role ultimately going to Sally Field.

Buckley sang "Memory" from Cats at the Kennedy Center Honors in December 2006 as part of the tribute to Andrew Lloyd Webber. In 2007, Buckley appeared with Quintessence at Lincoln Center in its Great American Songbook series.

In 2008, Buckley played "Mrs. Jones" in M. Night Shyamalan's The Happening opposite Mark Wahlberg and Zooey Deschanel. She appeared as "Marion Leckie," mother of Robert Leckie in the HBO series The Pacific, produced by Steven Spielberg and Tom Hanks, which aired in 2010.

Buckley also appeared in the 18th episode of Melrose Place in 2010 as a food critic cast by her brother Norman Buckley, who directed the episode. She has recently filmed a guest star appearance in an episode of the new Fox series Ride-Along.

Buckley participated in a reading of the musical Ruthless! in September, 2010, playing the role of Sylvia St. Croix/Ruth DelMarco.

In October, 2010, she will take on the role of Anna Madrigal in a workshop of the new musical based on the first two books of Tales of the City by Armistead Maupin in San Francisco. The show will premiere at the American Conservatory Theatre in May 2011. It features a score by Jason Sellards and John Garden. The book is by Tony winner Jeff Whitty.

In 2011 Buckley will star in the Dallas Theater Center production of Arsenic and Old Lace by Joseph Kesselring with Tovah Feldshuh.

[edit] Music careerBuckley has recorded 13 solo albums and gives concerts and makes guest solo appearances across the U.S. each year. She is also a composer; her first recording contains mostly songs she wrote. She is also featured on many Broadway compilation recordings, and on the original cast recordings of 1776, Cats, the Promises, Promises London recording, Triumph of Love and The Mystery of Edwin Drood. She has been twice nominated for a Grammy Award.

Her albums, Quintessence and 1967, were released by Playbill Records in February 2008. Quintessence features jazz arrangements of standards by her long time collaborator, jazz pianist Kenny Werner. 1967 is a recording made when Miss Buckley was just 19, produced by T-Bone Burnett.

A new album, her 14th, is scheduled for release on October 16, 2010; she gives a concert at Town Hall in New York City that evening as part of the Broadway Cabaret Festival. That recording contains a track from her 15th album, which will be released in 2011 and was produced by T-Bone Burnett. Show less

Betty Buckley when the Songs End, There Are Always Tales to Tell 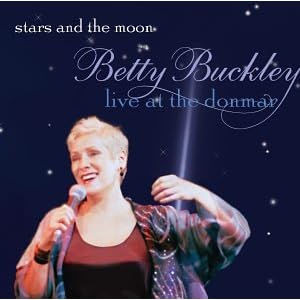 All About Jazz musician pages are maintained by musicians, publicists and trusted members like you. Interested? Tell us why you would like to improve the Betty Buckley musician page.