One of Montreal’s most versatile and in-demand musicians, Beth has made her name as a rapidly-rising artist through her music's reach all over Canada and across North America. Since moving to Montreal in 2008, Beth performs professionally on flute, clarinet and saxophones (tenor, alto and soprano), and also doubles on piccolo, alto flute, EWI and piano as secondary instruments.

Beth’s inspirations for writing and composing come from personal life experiences, places and impactful events. She strives to retell stories from her life through music, allowing the music to inspire the listener to visualize situations she is retelling or places she is describing, while still writing in a mixed genre and style that appeals to a wide range of critics and listeners. Beth's unique writing style is one that strives to be accessible for all, appealing to a wide range of musical tastes by pulling popular musical idiomatic trends from the mainstream into her writing—best described as jazz-fusion, jazz-rock and cinematic jazz.

Beth developed as a composer with support from the CALQ and under the mentorship of Christine Jensen, John Roney, Jim McNeely and Darcy James Argue. Following her first run as a big band leader with “START” in 2015, Beth’s 2nd CD, "Home: Montreal" launched in March 2016. The multi-movement work which runs for a duration of more than 90 minutes and is uniquely inspired by seven locations in Montreal, reflecting and re-illustrating these spaces via soundscapes, contemporary jazz, groove and popular influences which sum up McKenna's unique compositional style. Artistic influences include: Maria Schneider, Brad Mehldau, Pat Metheny, Mike Stern, Radiohead, David Binney, Snarky Puppy, among many others.

Beth's writing and band-leadership, as well as execution and direction of the whole Home: Montreal project from conception to realization earned the ensemble a Prix Opus for "Concert of the Year: Jazz and World Music" in 2016. Home: Montréal was also a finalist for a second Prix Opus the same year for "Creation of the Year". For her work on both "START" and "Home: Montreal", Beth was twice named a finalist for Révélations CBC/Radio Canada (Jazz) for 2016-17 and 2017-18.

Beth is launching her newest album (6tet) “Beyond Here” in October 2021, thanks to the support of the Canada Council for the Arts. This new album features Guillaume Martineau, Francois Jalbert, Peter Colantonio, Olivier Babaz and Sarah Rossy—expanding beyond the POV of “Home: Montreal”— being what’s directly in front of her, to looking at the impact we make on the world as humans, individual and as movements of people.

Aside from performing as a bandleader — Beth's projects stretch far beyond traditional jazz. Beth's talent for woodwind doubling has also landed her professional contracts playing numerous professional-level musical theatre productions in Montreal. Beth has been a regular first woodwind call at the Segal Centre for their recent world premieres of musical theatre productions including The Apprenticeship of Duddy Kravitz (Spencer/Menken), Prom Queen (AKA “The Louder we Get”) (Staines/Colleen and Akiva), and The Hockey Sweater: A Musical (Sher/Monro). Beth also plays regularly with Kalmunity (Vibe Collective and Jazz Project), as well as newer projects with Bel & Quinn and Salin and the Infinite Connections.

From: Beyond Here
By Beth McKenna 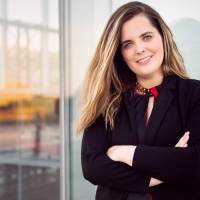 All About Jazz musician pages are maintained by musicians, publicists and trusted members like you. Interested? Tell us why you would like to improve the Beth McKenna musician page.