Bennett Roth-Newell is a pianist/keyboardist, composer/arranger, emcee, producer, and multi-genre music educator based in the San Francisco Bay Area. Bennett began piano lessons when he was 7 years old and by age 10 became fascinated with the music of jazz. After playing mostly classical music during his first few years of studying piano, Bennett set off on a path of learning jazz standards and immersed himself in the music of the jazz giants—especially of legendary jazz pianists Dave Brubeck, Thelonious Monk, and Bill Evans—while practicing determinedly to develop his sound on the piano as an improviser. His musical interests expanded to hip-hop music as a teenager and soon he was writing lyrics, doing freestyle rap, and producing original instrumental tracks. Bennett independently released his debut hip-hop album “The Unexpected” in January 2005 and began performing as a hip-hop artist around various regions of the Bay Area. He continued simultaneously to hone his skills as a jazz pianist and eventually landed a scholarship to study jazz at Sonoma State University after graduating high school. While at Sonoma State University, Bennett studied jazz composition, jazz theory, and jazz improvisation with the late acclaimed bassist Mel Graves. He studied jazz piano with John Simon and jazz arranging with trombonist/composer Doug Leibinger. He completed his undergraduate education as Distinguished Graduate in Jazz Studies. Bennett ventured to San Jose State University directly after and completed a master’s degree in jazz studies while studying jazz composition and arranging with saxophonist/composer Aaron Lington and jazz piano with the late esteemed pianist Frank Sumares.

Bennett has made a career as a performer in several genres. As either a pianist/keyboardist, hip-hop artist, or both in combination, he has appeared at San Jose Jazz Festival, Yoshi’s SF, KCSM Presents Jazz On The Hill, Healdsburg Jazz Festival, Sunnyvale Jazz and Beyond Series, Silicon Valley Sound Experience, G# Entertainment’s Sounds of Summer Concert Series, Reggae By The Lights in Las Vegas, National Black Theatre Festival in North Carolina, Hip-Hop Congress National Conference in Colorado and countless other venues and events. Bennett is the pianist for the San Jose-based jazz/funk groups The Bad Five and The JurassiC and composes avidly for both. He also plays keyboards, pens lyrics, and sings with the Bay Area R&B band Soulful Obsession and has also produced and written for numerous hip-hop and R&B artists. In 2013, The JurassiC released their second EP Follow Me and Soulful Obsession released their debut EP Soulful Obsession, two projects that Bennett contributed mightily to as a performer, composer, and producer. His instrumental music and vocal performances have been featured on Cal Hi-Sports Bay Area (KOFY 20/Cable 13) during the program’s Players of the Week segment, musically and lyrically narrating sports highlights of high school athletes. Bennett often performs as the accompanist for stage productions performed by Tabia African American Theatre Ensemble of the San Jose Multicultural Arts Guild. He has performed alongside some of jazz’s top-flight musicians including Matt Wilson, John Handy, Aaron Lington, Steffen Kuehn, John Worley, Tony Lindsay, Mike Williams, Jamie Davis, Yancie Taylor and more. Currently, he is the Jazz Piano Faculty at Valley Christian High School’s Conservatory for the Arts as well as faculty accompanist and performance instructor for the high school’s 107 Jazz Choir and musical theater class. Bennett also teaches piano, composition, and the fundamentals of hip-hop performance and production at The Riekes Center for Human Enhancement in Menlo Park, CA. As a music educator, he has done outreach teaching at Summit Preparatory High School, Everest Preparatory High School, East Palo Alto Tennis and Tutoring, and Tahoma Preparatory High School. Bennett has also taught jazz piano courses at San Jose State University and West Valley Community College. Show less 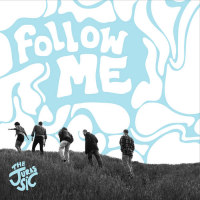 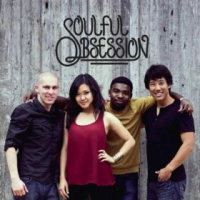 All About Jazz musician pages are maintained by musicians, publicists and trusted members like you. Interested? Tell us why you would like to improve the Bennett Roth-Newell musician page.