Turkish born and raised, Bengisu Gokce is a multi-genre Violinist and Singer, known for combining in her music the Turkish roots with Eastern-European and Middle-Eastern traditions. 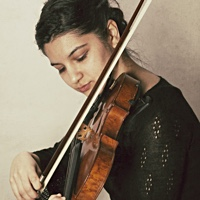 All About Jazz musician pages are maintained by musicians, publicists and trusted members like you. Interested? Tell us why you would like to improve the Bengisu Gokce musician page.