Ben’s creative work and research is inspired by his Norwegian heritage. He recently lived in Oslo, Norway on a Fulbright Grant composing a work for extended big band and video and received an American-Scandinavian Foundation Grant to research the influence of folk music on Norwegian jazz. Ben’s debut album, “Pocket Guides,” is slated for a June 2022 release on Origin/OA2 Records and takes elements from Norwegian folk music, jazz, and contemporary chamber music. The music on this album garnered Ben two Downbeat Awards, an ASCAP Herb Alpert Award and Morton Gould Award, a big band commission from New York Youth Symphony’s First Music, and an invitation to perform with his quintet at Newport Jazz Festival.

Also a versatile film, theatre, and opera composer, Ben scored the documentary films “American River,” which premiered at Montclair Film in 2021, and “Saving the Great Swamp: The Battle to Defeat the Jetport,” which won best documentary at the 2017 New Jersey Film Festival. He has worked as a music assistant and orchestrator for documentary film composer Michael Bacon. Ben recently premiered a 20-minute opera, “Las Auténticas,” with librettist Laura Fuentes for the Washington National Opera American Opera Initiative and original operatic song cycle, “The Fall of Man” at the ATLAS B2 Blackbox, also with Laura Fuentes.

Ben is an Assistant Professor of Composition at Stephen F. Austin State University in Nacogdoches, Texas. He graduated from with DMA from the University of Colorado Boulder, an MM Rice University, and a BM from University of Miami, all in music composition. 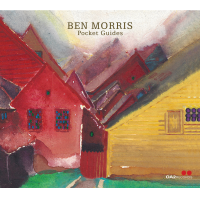 From: Pocket Guides
By Ben Morris 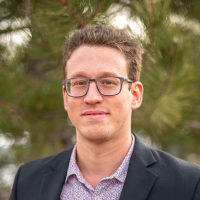 All About Jazz musician pages are maintained by musicians, publicists and trusted members like you. Interested? Tell us why you would like to improve the Ben Morris musician page.