On his first DGC album, 1994's Mellow Gold, Beck demonstrated his ingenious ability to mix old and new styles with ease. The result was music that on one hand sounded familiar, yet surprised at every turn. On Odelay, Beck has further mutated his approach, taking it to a higher level.

The first cut on Odelay, "Devil's Haircut," sports a guitar riff reminiscent of Terry and the Pirates' "I Can Only Give You Everything" and features Beck's stream-of-consciousness lyrical flow. The title of the first single, "Where It's At," is a skewed reference to the John Lee Hooker album That's Where It's At. The song boasts Jimmy Smith-style keyboards that would be right at home on a Blue Note record. The vocals, however, are run through a vocoder, giving them a retro-futuristic vibe more akin to an old- school Africa Bambaataa track. "Sissyneck," with its carnival-flavored organ line, possesses a lap steel chorus hook that recalls the spirit of Hank Williams with more honky-tonk authenticity than a million mullet-haired country artists could ever hope to muster. "Derelict" sounds like Mike Millius covering an old Hoagy Carmichael number at a recreation center in the middle of everywhere.

Odelay is a collection of songs culled from ongoing recording sessions Beck conducted over the past two years whenever time and touring permitted. The album was produced by Beck and the Dust Brothers, a.k.a. John King and Michael Simpson, who are world-renowned for putting the boutique in the Beastie Boys' Paul's Boutique album and putting L.A. hip-hop on the map via their hits with Tone- Loc and Young M.C. Beck utilized the Dust Brothers' Silverlake Hills studio for the majority of Odelay, with two songs recorded elsewhere: "Ramshackle," produced with Tom Rothrock and Rob Schnapf of Bongload Records, and "Minus" with Mario Caldato Jr. and Brian Paulson.

Beck was born in L.A. to bohemian parents. His mother, Bibbe Hansen, was raised amid New York's Andy Warhol Factory art scene of the '60s and in the '90s was part of the underground L.A. punk-drag band Black Fag. His father David Campbell, a Canadian musician, bluegrass street musician. During his childhood, Beck was shuttled back and forth between his mother in L.A. and his paternal grandparents in Kansas. His grandfather, Al Hansen, was a pioneer in the avant-garde Fluxus movement, and in 1998, Beck helped put together a traveling art exhibition that paired his visual artwork with his late grandfather’s. During his teens he discovered the music of Sonic Youth and Pussy Galore. After hearing a record by Mississippi John Hurt at a friend’s house, however, he began playing his own postpunk brand of acoustic country blues.

In 1989 Beck took a bus to New York City, where he caught the tail end of the ill-fated East Village antifolk scene. After running out of money, Beck moved back to L.A., where he started performing in arty Silverlake coffeeshops along with other underground acts such as Ethyl Meatplow and That Dog. He was approached during this period by Bongload Records owner Tom Rothrock, whose casual recording sessions with Beck produced “Loser.” The single came out on Bongload and became so popular on L.A.’s alternative radio station KROQ that it led to a bidding war among the major labels. DGC signed Beck to an unusual deal whereby the songwriter could continue recording for tiny indie labels. “Loser” reached #10 and its album, the critically acclaimed Mellow Gold #13, (1994), sold 500,000 copies. A second single, “Beercan,” reached only #27 on Billboard’s Modern Rock Chart, and Beck seemed in danger of being lumped in with novelty acts.

While living in Los Angeles he started playing an acoustic guitar as a teenager. Inspired initially by American folk music and Delta Blues, Beck immersed himself in the music of Fred McDowell, Woody Guthrie and others from the folk and blues tradition. But it wasn't until he moved to New York and happened upon the East Village anti-folk scene that he found his true calling. Sadly, the anti-folk scene of the late 1980s was not well documented. It combined a punk aesthetic with a roots style, freeing folk music from its clichéd 1960s protest chains. Anti-folk made Beck realize there are no restrictions when it comes to subject matter for songs. It was this discovery that set him on his current course.

Beck's early L.A. performances were usually wedged between sets by his friends' bands. Most of the time he'd play at Raji's, Al's Bar or parties - wherever something was happening. In 1991 he met then- fledgling hip-hop producer Karl Stephenson. Together they began recording the material that would comprise Mellow Gold.

In the summer of '93 it was business as usual. Beck was gigging steadily at night and working various menial jobs during the day. Then, the L.A. indie Bongload Records released his song "Loser" as a 12- inch single in an edition of 500. With no promotion, the song caught on at radio stations nationwide. Initially, Beck declined to sign with anyone. But after his artistic freedom was guaranteed, he signed with DGC and Mellow Gold finally saw the light of day.

Beck has kept busy since the release of that disc touring Europe, Australia, Japan and the U.S. Despite his hectic schedule, he still managed to perform "Heartland Feeling" on HBO's "The Larry Sanders Show" and release two other albums: an anthology of early recordings titled Stereopathetic Soulmanure for the Flipside label and One Foot in the Grave for K Records. He also took time out to re-mix the Jon Spencer Blues Explosion's "Flavor" and appear in the video for the song.

Beck's continued adventures in sound have resulted in the album,Odelay is another trip to the sonic frontier, starting with folk music and spreading outward - in all directions. Beck performs at the Hollywood Bowl in September 2008, follwed by his newest album Modern Guilt on Interscope Records.

Beck growth and expansion has many seeing him as a cross over musican, with a wide fan base excited and egar to follow. Prior to Hollywood Bowl Beck and been rehearsing a new band and playing unanounced in the Sliver Lake "Echo Club", still in search of his sound. Show less 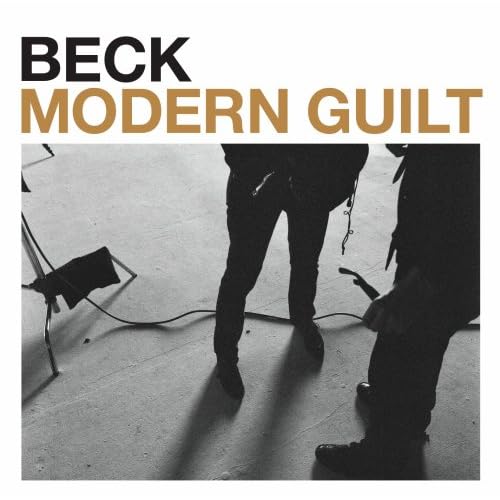 All About Jazz musician pages are maintained by musicians, publicists and trusted members like you. Interested? Tell us why you would like to improve the Beck musician page.