Manilow is a member of the Board of Governors of the National Academy of Jazz. His autobiography, Sweet Life: Adventures on the Way to Paradise, was published by McGraw-Hill in 1987. In addition to his own foundation, the Manilow Fund for Health and Hope, other involvements include The Prince's Trust, United Way, the Starlight Foundation, and several leading organizations for AIDS prevention and research. In 2008, Manilow created The Manilow Music Project as part of his Manilow Fund for Health and Hope. Answering the call of need at a time when arts and music programs in most schools are the first casualty in budget cuts. To date The Manilow Music Project has given away more than $3,000,000 in instruments to more than 50 high schools across the United States. Manilow also provides music scholarships at ten leading universities. In 2013 Manilow’s dedication to helping others in need was recognized once again when he was honored with the Dream Foundation’s Humanitarian Award. Manilow’s latest project, MY DREAM DUETS, is a miracle of modern technology. Modern technology has given Manilow the opportunity to record his “dream” duets with his own musical heroes and is set to be released on VERVE/Universal on October 27, 2014. From cherished idols like Judy Garland and Louis Armstrong to contemporary icons like Whitney Houston and John Denver, they have all joined Barry in his “virtual recording studio.” After spending an unprecedented 10 years at the top of the pop music charts, this multi-talented producer, arranger, musician, composer, singer and performer has succeeded with albums focused on 50’s Jazz, Techno-Jazz, Big Band Swing, Show Tunes, Sinatra Swing, songs from the Great American Songbook, Christmas music and rock ‘n roll. Makes one’s head spin. No wonder Rolling Stone dubbed him “The Showman of Our Generation”. Show less

Barry Manilow Songs from the Seventies DVD in Stores Now 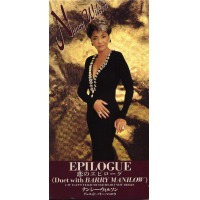 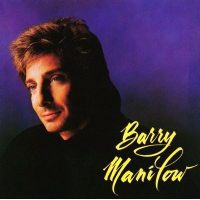 All About Jazz musician pages are maintained by musicians, publicists and trusted members like you. Interested? Tell us why you would like to improve the Barry Manilow musician page.