Audrey Silver is one of the most elegantly creative singers in jazz today. Known for her smooth, effortless sound, sensitive interpretations, satisfying swing, and unique approach to the American songbook, Audrey sings with a style that radiates her warm, generous personality, Jazztimes’ Christopher Loudon writes, “...her voice is like pure sterling. Her phrasing is exquisite, her clarity and enunciation on par with the great Jo Stafford and her breath control—a talent so often, and so wrongfully, overlooked—rivals Sinatra’s."

Audrey’s steady stream of appearances—including performances at the Tanglewood Jazz Festival and New York’s prestigious JVC Jazz Festival—have made her more sought after than ever. Based in New York City, she regularly performs at numerous venues including 55 Bar, Cornelia Street Cafe and The Kitano.

In April, 2016 Audrey will be releasing her third CD, Very Early. Included in the line- up are two revered jazz musicians, Bruce Barth on piano and Lewis Nash on bass. The album is a collection of standards and originals and contains a contemporary and a French song.

Audrey received critical praise for her “vocal prowess" in her second album, Dream Awhile, which features many of the players that have worked with her in New York clubs throughout her career, including pianist Joe Barbato, bassist Joe Fitzgerald, guitarist Chris Bergson, and drummers Anthony Pinciotti and Todd Isler. The recording wowed critics, who lauded her thoughtful, charming, and uniquely personal interpretations of 11 lesser-known jazz standards.

Audrey is a storyteller at heart, a performer who loves connecting with her audiences. She respects the power of lyrics, but is equally fascinated by how an artist can alter the mood, meaning and impact of a song through its arrangement. Audrey has an insatiable desire to learn, a vast repertoire, years of jazz piano studies, a well-developed ear for scat and improv, and a musically open mind. These elements combine to make Audrey a singer, bandleader and arranger who delights her audiences and fellow musicians. An avid researcher and broad listener, Audrey continuously adds to her distinctive musical vocabulary, and always surprises audiences with her delightfully original versions of jazz standards. Also inspired by the cabaret world, she enjoys sharing anecdotes between songs, offering an unusually friendly, intimate, and enlightening jazz atmosphere.

Audrey started studying classical piano and cello as a young child, but deep down she alway wanted to be a singer. Audrey explored her love of jazz and popular song by spending hours absorbing the styles of Fred Astaire (she also studied tap) and singing along with the various Broadway musicals—such as The Pajama Game and Guys and Dolls—that comprised much of her father’s record collection. Audrey finally began to explore her vocal skills while studying at Brown University, where she founded the school’s first co-ed jazz a cappella group, The Higher Keys, for which she transcribed and arranged for the first time.

After graduation, her love of music led to employment in the marketing and A&R departments of CBS Masterworks (now SONY Classical) and then as the Director of Marketing for Chesky Records. She earned an MBA at Columbia Business School and worked as an account executive for advertising giant Ogilvy & Mather. But eventually her deep love for jazz drew her back to singing.

In 1998, Audrey met Jon Raney (pianist and son of jazz great, Jimmy Raney). He encouraged her to pursue a career as a singer, and worked with her on a demo in 2000 alongside drummer Ronnie Zito (whose rhythmic skills drove the bands of Woody Herman and Bobby Darin) and bassist Jay Leonhart (a Judy Garland and Tony Bennett favorite). Audrey has also studied privately with vocal priestess Sheila Jordan, as well as Mark Murphy, Grammy nominee and four-time winner of the Downbeat Readers Poll for Male Jazz Singer of the Year. According to Murphy, Audrey “has that rare quality of light infectious swing that lights up her tall willowy persona."

Audrey’s eclectic background and tireless curiosity continue to inform her understated, intelligent style. Inspired by numerous jazz greats including Joe Williams, Anita O'Day, and Bill Evans, she’s also influenced by an array of musicians and styles, including pop diva Annie Lennox, Yoruban chant, the Brazilian jazz guitarist/composer Djavan, and the atonal explorations of classical composer Arnold Schoenberg. Ever the explorer, Audrey continues to expand her musical and creative horizons. She is currently working on numerous projects, including a show of her original songs, a recording of early jazz tunes, and a tribute to legendary vocalist Anita O’Day. Also driven by a desire to give back, Audrey regularly performs at senior and community centers throughout New York City, and acknowledges these programs have changed her as a musician and, interestingly, feels they have been among her best.

“I knew from the opening track that Silver was something special. Indeed, if a name ever fit a performer it is Silver’s, for her voice is like pure sterling. Her phrasing is exquisite, her clarity and enunciation on par with the great Jo Stafford and her breath control—a talent so often, and so wrongfully, overlooked—rivals Sinatra’s.” —Christopher Loudon, JazzTimes.com

"Audrey Silver has a voice that’s unforgettable. [Her] voice is deep and rich, and she has a way of really emoting that makes the songs more intimate.... Audrey’s... voice of gold create(s) an album that jazz fans and casual listeners won’t want to miss." —Andrea Guy, CD Review Blog

“I knew from the opening track that Silver was something special. Indeed, if a name ever fit a performer it is Silver’s, for her voice is like pure sterling. Her phrasing is exquisite, her clarity and enunciation on par with the great Jo Stafford and her breath control—a talent so often, and so wrongfully, overlooked—rivals Sinatra’s.” —Christopher Loudon, JazzTimes.com

"Audrey Silver has a voice that’s unforgettable. [Her] voice is deep and rich, and she has a way of really emoting that makes the songs more intimate.... Audrey’s... voice of gold create(s) an album that jazz fans and casual listeners won’t want to miss." —Andrea Guy, CD Review Blog

“A sincere, multi-talented singer and an intelligent entertainer with class and vibrant originality. You will love her lyrical style…and luxurious voice. This woman is on her way to stardom.” —New York Monthly Herald, May 2006

“Audrey Silver’s confident vocals gently caress the listener’s ear…..Silver’s years of study and natural talent are to be commended with hopes there is lots more music to come from one of New York’s finer jazz vocalists.” —Kelly O’Neill, ReviewYou.com

“Her voice rings true, with lovely tone and fine diction. She seems to pick the right tempo for each song she chooses. The ballads don’t just die there—they move! And most of all, when there is a tempo, she swings!!! I dug it. You’ll dig it too.” —Bob Dorough, Singer/Composer/Pianist 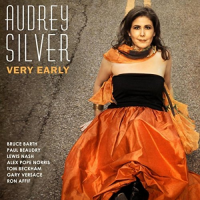 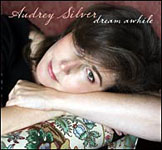 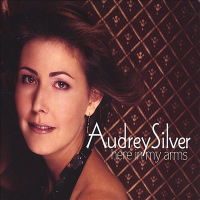 Here in My Arms 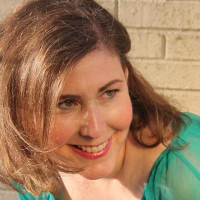 All About Jazz musician pages are maintained by musicians, publicists and trusted members like you. Interested? Tell us why you would like to improve the Audrey Silver musician page.