Anthony Fuscaldo is a guitarist and composer from New Jersey.

As a musician, Anthony has performed with notable musicians and celebrities including multi-platinum producer PJ Bianco (prod. of Demi Lovato, The Jonas Brothers), artists from Universal/Republic Records, members of the Wu Tang Clan at Legends Recording Studios, as well as celebrites actress Anne Hathaway, CBS sitcom creator Chuck Lorre, and members of the New York Yankees 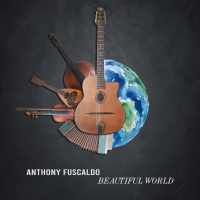 All About Jazz musician pages are maintained by musicians, publicists and trusted members like you. Interested? Tell us why you would like to improve the Anthony Fuscaldo musician page.