As a four track EP, Machiniso’s jazz based first-release has been followed up with a stripped back quartet playing live in the studio. The strong vocals from songwriter Anne-Lise Larsen complement the panoramic sounds emitting from Dave Smith’s vibraphone. Captured to hard disk by Jeff Lee of Zen Studios, St Peters, Australia, it is crisp, punchy and soaked in the fine electric bass playing from the string master himself, Scott Leishman.

2012: Machiniso are currently performing songs from “In Lounge-O- Scope” with some of Anne-Lise’s penned tracks in shows across Sydney, with plans to tour nationally in the near future.

Scott Leishman, (bass player in Machiniso is also one of Australia’s finest jazz guitarists), and Anne-Lise Larsen have also joined forces in a jazz duo called LL Cool Jazz. It’s a cute play on the two surnames, L for Larsen and L for Leishman, and well, you know the rest. LL Cool Jazz plays for corporate events, private functions and live music venues. At June 2014, they are in pre-production for an upcoming recording of jazz standards and a couple of originals with plans to go into the studio around August 2014.

A lifetime ago, Anne-Lise earned her bona fide musician stripes from the Queensland Conservatorium of Music. But even then, there was a restless singer’s soul beneath the serious persona of the professional cellist. After years of freelancing and teaching cello, the desire to “sing and be free” was overwhelming. With no reason to stay in Brisbane, and wanting a fresh start with a new musical life, Anne-Lise took the leap and moved to Sydney. “I’d always dreamed of being a jazz singer in a smokey dive. Sydney seemed like the place to do it” said Anne-Lise.

Her debut solo release, resulted from her reaction to the break up of her originals band, Ayelle, which included Paul Wheeler (Billy Thorpe’s Sunbury Aztecs) on bass. Ayelle was a mix of some of the right people at the wrong time. I’m Alive [2006 EP], was an affirmation of arrival and survival in the music world. The EP was entirely written, composed, arranged and performed by Anne-Lise, and recorded and produced in her studio. Belying its one- woman origins, I’m Alive appeals to a wider, shared experience, exploring tales of love, loneliness, the pursuit of dreams and the seduction of envy.

“Back Where She Began” and “Cold Cold City” from “I’m Alive” received airplay on radio stations worldwide.

In May 2008, Anne-Lise performed a ground breaking acoustic set of her original music by accompanying herself with her cello at Amanda Easton’s PopTarts, later supporting Sophie Serafino at The Basement in October.

The next one-woman production, the album Planets Aligned, was released in late October 2009. “I learned a lot from the process of making and releasing I’m Alive. This abum has better production than I’m Alive, is slightly more experimental and I have brought my cello into the mix to complement my sentimental groove. I’ve also exorcised a lot of demons with this one…” said Anne-Lise.

Planets Aligned explores themes of personal reflection, dissecting relationships, shattered illusions and the resolution of such with the discovery of new lust, love and finally contentment.

Featured on the world’s foremost jazz website, www.allaboutjazz.com, Anne-Lise’s songs, “Back Where She Began” and “The Dream” have been downloaded over 8000 times to fans in the USA.

An extended remix of “The Weather” which was originally found on the Planets Aligned album followed in 2011. Entitled “The Weather, Mad Mad Mad Remix”, it’s an uptempo club dance version of Anne-Lise’s most danceable track from Planets Aligned. Show less

“…First thing you notice are the husky, sensual and sultry vocals…these tracks are far more accessible for the listening public than the introspective, esoteric jazz variety…oodles of songwriting talent… superbly played by the 4 piece rhythmic combo” Georgina Reed (MIX-BIZ-BLOG and FM99.3) review of In Lounge-O- Scope 2014

“...an original mixture of jazz/funk/blues for the annoyed, the bitter, and the broken-hearted, for the dramatic drama queens who want to throw back dry martinis to feed their angst” The Leader, May 2009

“Everything about this release is just so sexy, retro, sensual…” Music Lover - iTunes review 2013

“…First thing you notice are the husky, sensual and sultry vocals…these tracks are far more accessible for the listening public than the introspective, esoteric jazz variety…oodles of songwriting talent… superbly played by the 4 piece rhythmic combo” Georgina Reed (MIX-BIZ-BLOG and FM99.3) review of In Lounge-O- Scope 2014

“...an original mixture of jazz/funk/blues for the annoyed, the bitter, and the broken-hearted, for the dramatic drama queens who want to throw back dry martinis to feed their angst” The Leader, May 2009

“I must say: I like what I hear. Nice and fluffy music, good to have a warm morning coffee with....” Bernd Niedergesaess, Music Editor Europe, Radio 42. 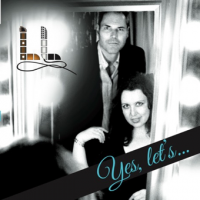 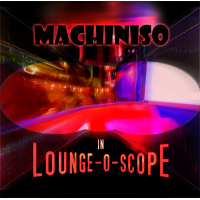 All About Jazz musician pages are maintained by musicians, publicists and trusted members like you. Interested? Tell us why you would like to improve the Anne-Lise Larsen musician page.