Andrew Oliver is a pianist and composer from Portland, Oregon. He started piano at the age of 3, and grew up playing classical piano and cello, before delving into the realm of jazz and improvised music while in high school, when he began studying with Portland pianist Randy Porter, his most influential teacher. He lived in New Orleans from 2002 until 2005, where he studied jazz at Loyola University and performed as both a bandleader and sideman. After evacuating from Hurricaine Katrina in the summer of 2005, he returned to Portland and resumed his studies at Portland State University, where graduated in June 2007 with a B.M. in Jazz Performance and a B.A. in French.

In addition to studying with Randy Porter since 1999, he has also studied piano with Matt Lemmler, Michael Pellera, and Darrell Grant and composition with Charley Gray. He was a member of the Portland Youth Jazz Orchestra in its pilot year (2002), and has performed with numerous musicians in New Orleans, Portland, and elsewhere, including Glen Moore, Maurice Brown, Rob Scheps, Irvin Mayfield, Devin Phillips, Alan Jones, and many others.

He has performed at the New Orleans Jazz and Heritage Festival and the Portland Jazz Festival, and at folk festivals in France, Italy, Poland, and Bulgaria as director of the band for the New Orleans-based Komenka Ethnic Dance and Music Ensemble. In 2007, he toured West and Central Africa for a month performing and teaching workshops as pianist for Devin Phillips and New Orleans Straight Ahead. The group was selected as one of ten jazz bands to travel the world as cultural ambassadors for the U.S. under the State Department and Jazz at Lincoln Center’s “Rhythm Road: American Music Abroad” program. In 2009, he received a generous scholarship to attend the Banff International Workshop in Jazz and Creative Music in Banff, Canada, where he worked with many notable faculty including Dave Douglas, Don Byron, Joshua Redman, and Tony Malaby, and made connections with fellow musicians from around the world.

He is currently active in many varied projects. His primary group, the Andrew Oliver Sextet, performs original creative music drawing on jazz, world music, and rock influences. The sextet released an album in 2008 on Diatic Records and will be recording its second album in the Summer of 2009. He composes for and co-directs the Portland Jazz Composers’ Ensemble, which he co-founded in 2007 as a forum for jazz composers in Portland to present new large-group works, and which premiered over 20 new compositions in its first year. He also directs the Andrew Oliver Kora Band, a Seattle-based Jazz/West African group featuring Kane Mathis on kora, a 21 string traditional harp. This group has recently released its debut album, “Just 4 U” to critical acclaim in the Northwest. He is a member of the West Coast creative music ensemble Sound for the Organization of Society, which has recently released its second album on Circumvention Music. He is also co-director of the traditional jazz band the Bridgetown Sextet, in which he plays trumpet and drums, a member of the Sam Howard Band, the Fractal Quintet, and the Krebsic Orkestar Gypsy Brass Band, and performs frequently as a sideman with other groups in the Portland area. In addition to composing for his own groups, his compositions and arrangments have been comissioned and performed by the Portland Jazz Orchestra, the Oregon Jazz Orchestra, and New Orleans saxophonist Reggie Houston. 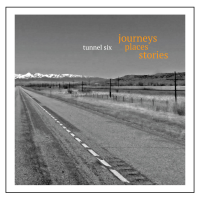 All About Jazz musician pages are maintained by musicians, publicists and trusted members like you. Interested? Tell us why you would like to improve the Andrew Oliver musician page.