Expressive, virtouoso and playful – words commonly used to describe the artistry of Swedish Hammond organ player Andreas Hellkvist. Rooted in the soul jazz tradition he has developed a unique style of his own. With his two hands on the manuals and stops and a rarely seen left foot groove on the pedals he utlilizes the full potential of the Hammond B3.

Andreas discovered the Hammond organ in his late teens during the organ jazz revival of the 90s. There and then, he decided to focus entirely on this instrument, to learn all the ins and outs and how to use it in its entierty. The soul jazz originating from the organ scene of the 60s were his first inspiration and still remains the core of his playing, but his current style reflects a significantly wider spectrum of influences. For the last 20 years, he has been touring mostly as a sideman with some of the finest acts in Sweden, spanning a variety of styles but mostly jazz and blues oriented.

2016 marked the release of his first solo album ”Finally!”, which clearly shows where the journey of developing his own style and discovering the instrument has taken him. The album comprises mostly (all but one) his own songs, and spans a stylistic range of hard swingng shuffle, groovy beats, gospel and even some elements of nordic folk melancholy. The roots of his music are quite obvious, but with added elements unique to his style.

His 2019 release Becoming is an obvious continuation of the path that he is on with his own music, exploring the sound, style and potential of the organ trio format and the Hammond B3.

However, he has gotten most international attention from the youtube clips where he is featured. Many of them, in which he is often playing solo, are constantly being watched, enjoyed and shared around the world which has given him a fan base that stretches far outside Sweden. He is, as the only Swede, listed as a B3 artist at Hammond Organ USA.

Over the years, Andreas has earned a reputation as an organist always in the moment, playfully performing his music with an outstanding technique and relentless groove. At live concerts and internet videos, the audience is simply amazed by the pure skill and devotion to the music.

The visual element of Andreas sitting at the organ clearly plays to his favor and few that have seen him in action leaves untouched.

His pedal playing is unique, showing off a coordination and precision out of the ordinary. It is as if he and the organ are one, a unit from which music just flows effortlessly, uninhibited and freely. Show less 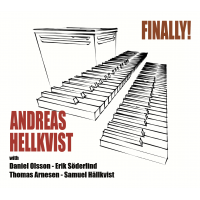 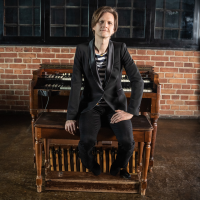 All About Jazz musician pages are maintained by musicians, publicists and trusted members like you. Interested? Tell us why you would like to improve the Andreas Hellkvist musician page.