Alonzo's musical journey began at the age of 8, singing and learning the piano until finally settling on the trumpet by age 10. He developed an extremely personal relationship with music, spending hours practicing and crafting a unique musical personality.

Alonzo is classically trained in trumpet pedagogy and has participated in wind ensembles, symphonic orchestras, pit orchestras, marching band, big bands, and small jazz ensembles. At age 11 he formed his own jazz sextet and has been performing professionally ever since. Alonzo spent two years at the historic Philadelphia Clef Club of Jazz where he connected with other talented young professionals and, more importantly, gained life-long friends and mentors.

In the fall of 2014, he attended Berklee College of Music on a full-tuition scholarship where he obtained a Bachelor's of Music degree in Professional Music with concentrations in Jazz Composition and Performance. His time at Berklee expanded my musical vocabulary beyond classical and jazz to gospel, R&B, hip-hop, country, fusion, world music, and more. Following his graduation from the undergraduate program in the Spring of 2018, he accepted an invitation to the highly selective Berklee Global Jazz Institute Master's Program, graduating with a Master's of Music in June 2019.

As an artist, Alonzo prides himself on versatility, technical precision, and adaptability. He is the founder and bandleader of the genre-fluid band The Ego, who performs throughout the New England and New York metropolitan areas since the fall of 2017. He has also had the privilege of working with an ever-growing list of notable musicians spanning several genres including Terence Blanchard, Terri Lyne Carrington, Ralph Peterson Jr., Dezron Douglas, Tia Fuller, Robert Glasper, Jason Palmer and many more. 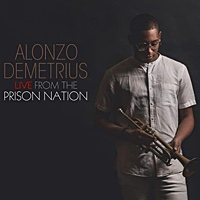 Live From The Prison... 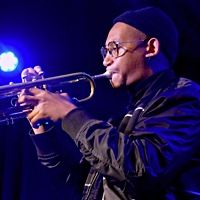 All About Jazz musician pages are maintained by musicians, publicists and trusted members like you. Interested? Tell us why you would like to improve the Alonzo Demetrius musician page.