Allistair Elliott was born just outside Belfast, Northern Ireland. Excelling at the classical side of the trumpet, he performed in London, England and also Vienna, Austria by the age of seventeen. Elliott moved to England where he received his music degree from Leeds College of Music, also the alma mater of recent Grammy nominee Corrine Bailey Rae.

He has performed with musical greats, including John Dankworth, the Jive Bunny Hits of the late 80’s, The Supremes, Elaine Del Mar. He has shared the stage with sax great, Joshua Redman and toured with internationally renowned performers Decidedly Jazz Danceworks. Other performing and recording credits include Zuckerbaby, opening for Honeymoon Suite and the Calgary White Hat Awards. Allistair spent some time in California as a freelance musician, where he had various studio engagements, and played with several swing bands. He also performed regularly at Ventura’s California 66 and Nicholby’s, home of the now famous big band Voodoo Daddy.

Allistair has recorded live on CBC Radio with Tim Tamashiro, Livin’ In Swing, and celebrated song-writer Steve Pineo among many others. He has also recorded several jingles for companies such as working.com and the National Post. In 2005, Allistair wrote two original compositions for the Canadian made-for-TV movie ‘Friend of the Family,’ which included an on-screen performance.

Allistair delights the ear with his sophomore album ‘Urban Nights’. The album is a mix of smooth jazz instrumental complimented with three vocal tracks that showcase Allistair’s love and talent for singing. The album features original compositions by Allistair and collaborations with other Western Canadian artists. Several tracks from the disc are receiving regular airplay on Calgary radio stations.

His latest success includes a win for the 2008 Canadian Smooth Jazz Award for Wind Instrumentalist of the Year. Allistair performed at the Awards in held in March 2008. Show less 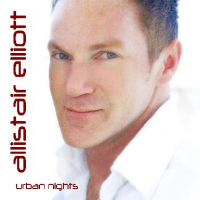 All About Jazz musician pages are maintained by musicians, publicists and trusted members like you. Interested? Tell us why you would like to improve the Allistair Elliott musician page.