Alexey Kozlov (Russian: Алексей Козлов) is a Russian saxophonist, bandleader, composer and jazz propagandist. He was part of the first group of prominent Soviet-era Russian jazz musicians which emerged during the 1960s.

His personality, as of typical representative of "cultural underground" at Stalin-Brezhnev times, is described in chapter seven of Hedrick Smith's well-known book "The Russians". Frederick Starr speaks about Alexey Kozlov in his book "Red and Hot". His name is encounted in "The International Who's Who"( Europe Publications Ltd., London), in a number of European Jazz lexicons (Denmark, Poland, Czechoslovakia), in Soviet Musical Encyclopaedia and in Big Soviet Encyclopaedia (v.8, article "Jazz").

In early 70s, Kozlov has created "Arsenal" band, which became one of the most popular jazz rock groups in the Soviet Union. Arsenal's participation in tours and festivals worldwide has made Alexey Kozlov and his music internationally known. One of Arsenal albums, "Created with our own hands" (Melodiya, 1982) has been released in the U.S. (East Wind Records). Since 1986, Kozlov has become a regular host of TV and radio programs on jazz and rock history; in 1989 he published in Moscow "Rock Music: Roots and Development", Russia's first-ever book on western Rock written not by a Communist Party member.

In August, 1990, Kozlov took part in International Theatre Festival in Woodstock (USA) as a composer and performer in the play "Jazzman". In June 1993, Kozlov played on the "Jazz Rally" Festival in Dusseldorf, and toured with chamber orchestra "Moscow Soloists" of Yury Bashmet in France and Germany. In February, 1994, Kozlov was invited as a jazz clinician to Jazz Department of Oklahoma City University and played with local musicians at Methodist Churches of State. In March-April 1995 Kozlov with Arsenal band and Georgian singer Tamara Gverdtsitely was on tour around USA and played at Carnegie Hall. 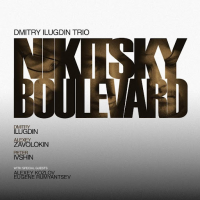 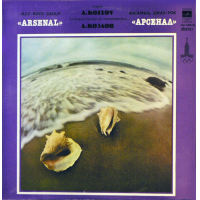 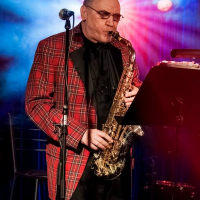 All About Jazz musician pages are maintained by musicians, publicists and trusted members like you. Interested? Tell us why you would like to improve the Alexey Kozlov musician page.