The singular music of jazz legend Thelonious Monk has been interpreted by countless players over the years. Great jazz pianists like Bud Powell, McCoy Tyner, Bill Evans, Randy Weston, Barry Harris, Keith Jarrett and Chick Corea have dealt with his unorthodox dissonances, angular melodic twists, percussive attack and dramatic use of silences and hesitations. Saxophonists from Sonny Rollins and John Coltrane to Steve Lacy and Anthony Braxton and trumpeters from Miles Davis and Chet Baker to Woody Shaw and Wallace Roney have covered Monk’s music. Others like salsa king Tito Puente and trumpeter- conguero Jerry Gonzalez and his Fort Apache Band have interpreted Monk’s idiosyncratic rhythms through their own Afro-Cuban prism while the great Andalusian pianist Chano Dominguez has offered a passionate flamenco spin on Monk.

What is it about Monk's music that makes it so 'ripe' for interpretation? “It’s because he’s so hip in so many ways!,” says the Valencia-born pianist-composer and current Bay Area resident Alex Conde. “I can’t imagine a more hip jazz pianist than Monk. And has there ever been a hip- per composer in the history of jazz? While his colleagues were playing at such a speed in the era of bebop, thousands of notes, he came along with such a unique tone, a cluster approach. Bang! Keeping a hot, alive swing feel was his goal. How can anybody resist or not feel attracted to such energy? I couldn’t keep myself away from his infectious style and compositions.”

On Descarga for Monk, his ZOHO Music debut (and second recording as a leader overall), the gifted 33-year-old pianist-composer and Chano Dominguez protege has his way with the high priest of bop in an adventurous all-Monk program that is teaming with the spirit of Spanish duende. Accompanied by the Bay Area rhythm tandem of bassist Jeff Chambers and drummer Jon Arkin, and featuring special guest percussion master John Santos, Conde draws on his own personal experiences in the rich flamenco tradition to craft a stirring set of music that pays tribute to Monk while taking great liberties with the familiar themes and rhythms of such staples as Bemsha Swing, Evidence, Monk’s Dream and others. From his fiery buleria interpretation of Played Twice to his clave-fueled Catalan rumba rendition of Thelonious, as well as dramatic solo piano extrapolations on Monk’s hauntingly beautiful ballads Pannonica and ‘Round Midnight, this flamenco flavored take on Monk is as inventive as it is invigorating.

The son of famed flamenco singer Alejandro Conde Sr., a superstar in the Cancion Española style, Alex reinvents Monk’s music with his remarkably flexible, highly interactive rhythm tandem of Chambers and Arkin while also showcasing his impeccable technique, remarkable chops and fertile imagination along the way. “As a flamenco pianist — I’ve been working for the last four years at a renowned US flamenco company, the Juan Siddi Flamenco Theatre Company, now fused with the prestigious Aspen Ballet Santa Fe — I understand something about keeping a solid groove, playing a precise cluster and making good use of rests and silence,” says the graduate of the Conservatorio Superior de Musica, Joaquin Rodrigo de Valencia who later attended the Berklee College of Music in Boston. “And because of that I feel deeply connected, as many other composers did too, to Monk from a compositional perspective and undoubtedly from a performance perspective as well.”

He adds, “The truth is that after thinking for many years about Monk’s music, besides some arrangements that I specifically wrote down, like ‘Think of One,’ ‘Bemsha Swing’ and ‘Ugly Beauty,’ I wanted to preserve the fresh and breathable improvisation of the group playing live in the studio.”

And you can hear that loose, in-the-moment interaction from track to track on this extraordinary project. Performing on the same 9-foot Yamaha piano in the Fantasy studios that McCoy Tyner, Bill Evans and Chick Corea have played on their recordings, Conde displays breath-taking facility and a remarkable sense of two-handed independence on burning numbers like “Evidence,” “Monk’s Dream” and a dazzling, rhythmically-charged “Played Twice.” Chambers, the world class veteran bassist who has played with a Who’s Who in Jazz, including Jazz Dizzy Gillespie, McCoy Tyner, Joe Henderson, Tony Williams, Ahmad Jamal and Pharoah Sanders, delivers a virtuosic upright solo on “Bemsha Swing” while providing the appropriate deep-toned tumbao feel on “Evidence” and “Thelonious.” The exceptionally musical drummer Arkin deftly switches from brushes to sticks on an elegant reading of “Monk’s Dream” then explodes on the kit over a son montuno groove on a scintillating rendition of “Think of One.” And Santos fuels and colors the groove throughout on cajon and congas. “I feel honored to have John Santos and all his knowledge of rhythm and his- tory on this recording,” says Conde. “He plays cajon with his own unique approach coming from the vast Afro-Cuban tradition, which made it sound so unique. And he has such a beautiful soul that it is always a nice experience to make music with him.”

Conde explains that the genesis of this brilliant flamenco Monk project came from a single notion. “My first idea for this album, when I sat down at my desk and started messing around with the melodies and different rhythms, was wanting to hear a tune like ‘Played Twice’ adapted into a buleria de Jerez style. I thought, ‘I would love to see a flamenco dancer put footwork to that melody. That would be pretty sweet to see those 16th notes on the B section with a flamenco tap dancer!’”

For the session he ended up recruiting his sister and mother to supply palmas and compas [hand- claps and foot stomps] on “Played Twice” and “Ugly Beauty,” just two of his triumphant flamenco make-overs on Descarga for Monk. “My sister Amparo and mother Carmen came from Spain to help in creating this special environment at the studio with a solid and groovy compas. That’s exactly what we were looking for, an intimate atmosphere of claps and acoustic instrumentation where you can hear an ‘ole, en compas!’ It’s the essence of flamenco.”

The rising star Bay Area pianist-composer adds, “I invite anybody to go to a tablao flamenco, anywhere! Because there is good flamenco anywhere on the globe nowadays. Spend $20 and see with an open heart and mind a traditional flamenco show. I guarantee there is no difference between those environments and the ones of the jazz/blues sessions, because both are directly connected by awakening the senses and celebrating life itself.” Show less

Read more articles
From the startling, energized opener “Played Twice” to the Conde’s delicate solo reading of “Pannonica,” this flamenco re-imagining of Monk’s music awakens the senses in a very profound way. It will makes you want to sit up and shout “Ole!” Bill Milkowski

From the startling, energized opener “Played Twice” to the Conde’s delicate solo reading of “Pannonica,” this flamenco re-imagining of Monk’s music awakens the senses in a very profound way. It will makes you want to sit up and shout “Ole!” Bill Milkowski 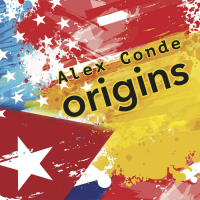 From: Descarga for Monk
By Alex Conde

From: Descarga for Monk
By Alex Conde
Last Updated: October 21, 2021 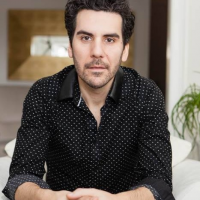 All About Jazz musician pages are maintained by musicians, publicists and trusted members like you. Interested? Tell us why you would like to improve the Alex Conde musician page.